Shawty Lo's All My Babies' Mamas Cancelled. And why this lesbian feminist mama doesn't agree.

Last week the Oxygen network announced that it was cancelling the new reality show All My Babies' Mamas before it even aired. The show was to focus on rapper Shawty Lo and his eleven children by ten different women. 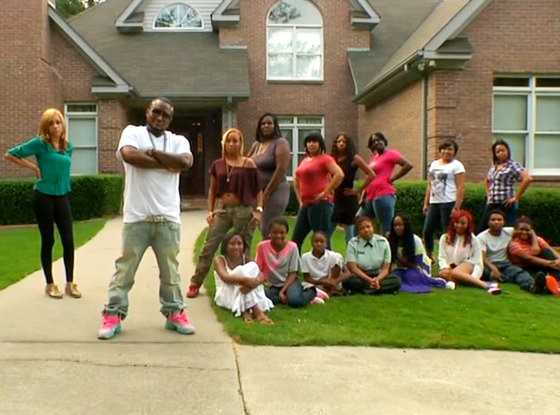 Late in 2012 a trailer for the show was released and the inter-webs reacted by sharpening their digital pitch forks. A Change.org petition was created and when it reached 37, 000 signatures Oxygen announced that they would not be going forward with the show.

Now, I'm all for the collective power of the people. I love it when parents band together to protest injustice and to fight for the safety and empowerment of children. And, don't get me wrong, I love a good petition as much as the next feminist lesbian mommy blogger. But I'm feeling a little uneasy about this particular witch hunt campaign.

Let me tell you why. My family is far from traditional. Tracy and I are married lesbians living in Ottawa Ontario. In 2011 I gave birth to a son. Our son's father is a gay man living in NYC who gave us his sperm and is involved in our son's life. He is also married to a man from Brazil. There are plenty of people who think this set-up is at best strange and at worst emotionally damaging for all involved. I've been in that moment when someone who doesn't know me or my family decides that now would be the perfect moment to tell me that my family structure is unhealthy, morally reprehensible, or against God's will. I've had to take a step back and gather my composure before defending the people I love most in this world. I've had to tell people that my child is loved, that his needs are taken care of, and that he's happy and healthy. And when that wasn't good enough I've had to tell those people to back off and focus on their own damn family.

So when my social media channels were invaded with requests to sign a petition to stop the airing of this show I was less than eager to jump on board.

Let's take a moment to examine the three main critiques of this show.

1. The Baby Mamas are cast as one-dimensional versions of their most prominent character flaw
OK, I can't really contest this one. They totally are. The moms are all given nicknames like The Fighter Baby Mama, The Jealous Baby Mama, The Wanna-Be-Bougie (bourgeois) Baby Mama, and the Baby Mama from Hell. These women are not portrayed as complex people and the viewer will never know the whole story of their lives or personalities. But, to be fair, there are ten of them and the show was going to be about 42 minutes long. Turning real people into one dimensional characters that can be summed up in one to three words is a common feature of reality television.  The Joe Schmo Show, hosted by the Spike Network, parodies this trend well by hiring actors to play stereotypical characters in an attempt to convince one real contestant that he is actually on a competition-style reality show. The hired actors play characters such as The Rich Bitch, The Gotta-Be-Gay Guy, The Playah, and The Asshole.


2. The show portrays racial and cultural stereotypes
It's important to note that I am writing this as a Caucasian woman living in suburban Canada. So it's not exactly my place to say what stereotypes of black families in America are offensive or not. But that's not what I'm talking about here. Instead I'd like to talk about stereotypes on television more broadly. The majority of the complaints have focussed on this aspect - that the show highlights a negative and unrealistic stereotype that portrays black fathers as philandering and black women as class-less. But here's the thing about reality TV that we all know and yet keep forgetting - there is very little reality represented. No one family can speak for all of the families of any community. The Browns don't represent all polygamous families. The Duggars don't represent all religious families. And The Real Housewives of Everywhere represent housewives from almost nowhere. These singular representations presented in 20 or 40 minute episodes hardly represent the complexity of that particular family. Let's not pretend that they represent entire communities.

Take, for example, Showcase's The Real L World which focusses on the lives of lesbians in LA. It is not exactly representative of my life. I mean, of course, Tracy and I do have an inordinate amount of sex in the shower and we regularly get totally plastered at the gay bar and yell insults at our exes. But we don't wear nearly as many hats as those girls do. 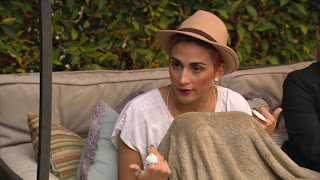 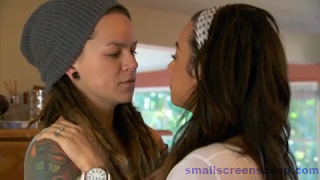 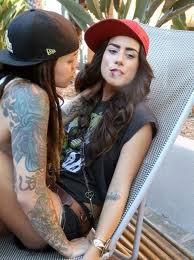 3. The Children! Somebody Think of the Children!
Finally, the concern is for the children being exploited in the name of entertainment. And I get that. It is for this reason that Kate Gosselin has become the unwitting poster child for fame-hungry and irresponsible parenting. But I'm of the opinion that if children are happy, and their needs are being met, then it is up to each set of parents to decide how their child will be raised. I would imagine that growing up in the spotlight can be a challenge. But these eleven youth would not be the first or last children to grow up under the prying eye of the media and I think that we need to trust their parents to decided what is, or is not, acceptable.

To my mind, none of these three arguments is enough to boycott this show. The family structure depicted may seem unconventional by our current standards but there is a long history of non-typical families being represented, and subsequently boycotted, on television and those complaints now seem ridiculously archaic. See, for instance, the 1972 sitcom Bridget Loves Bernie starring David Birney and Meredith Baxter. After the opening credits in which the two are seen meeting and falling instantly in love they finally learn that one has the last name Steinberg and the other Fitzgerald. In unison they exclaim, "I think we have a problem." The station received so much hate mail from religious groups responding to the mixed-race premiss that the show was cancelled after the first season.

For as long as the family unit has been in existence it has been in a state of perceived crisis. But perhaps it's time to let go of the belief that only children raised in two (heterosexual) parent families are destined for success while the rest of us are to be pitied, mocked, and eligible for public critique.

But regardless of whether or not Shawty Lo's All My Babies' Mamas is fit for public consumption, there is one truth that seems to be overlooked.  It would be impossible to pay for the kind of publicity that can be generated by having your show cancelled before it even begins. I am willing to bet that another network will pick it up and that this family will be counting the 37, 000 signatures on that petition all the way to the bank.

What do you think of the show and its subsequent cancellation?