Community Building with a Showering of Love

*This post is being sponsored by ThimbleCakes. All opinions are mine and mine alone.
Showers and I have a complicated history. But before you go thinking that I prefer being stinky to bathing what I mean is that I’ve always been slightly uncomfortable with the concept and execution of wedding and baby showers.  I am a sucker for sentiment but have never felt comfortable when things are overly commercialized. And I saw baby and wedding showers as primarily gift-giving events.
History supported that belief. In the late 1800’s bridal showers are said to have grown out of dowry practices. If a woman’s family was unable, or unwilling, to produce a dowry then friends would bring her gifts that would compensate for her misfortune and enable her to marry.
Although gift-giving for new babies has a long history, the modern baby shower developed in North America after WWII during the baby boom era. It came at a time when consumerist ideals were flourishing and served to provide the new mother with purchased things that were not only designed to make infant care easier but also seemed to construct the woman’s primary (and nearly exclusive) identity as a mother.
So when my own wedding approached I eagerly told those who would listen that I wasn’t interested in a shower. In addition to the reasons stated above I have also never been a particularly good liar and I was afraid of getting gifts that weren’t my style and having to feign enthusiasm.
But my wife wanted a shower. Already in her mid-thirties at the time of our wedding she had been to countless wedding and baby showers for friends and she wanted that favor to be returned dammit! But more than that she wanted validation from the people in our lives that our marriage would be “real.”
Our friend Tammy (Mac’s auntie Tata) ignored me and listened to my wife-to-be and I am so grateful that she did. We were welcomed into matrimony by many of the women in our lives who loved and supported us. The silly games, the finger sandwiches, the balloons, all seemed to validate something that I never thought needed validating. 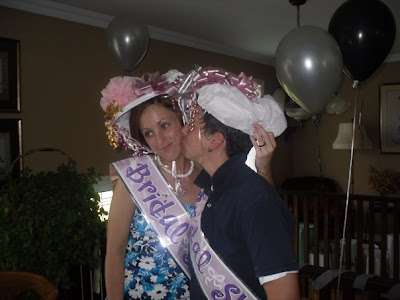 Opening gifts in front of a large group of people was awkward. Particularly when Tracy’s aunt gave us a wedding album that had the names Herb and Beverley monogrammed on the front and room for “grooms military record” and “groom’s education” inside. It was clearly a garage sale find. 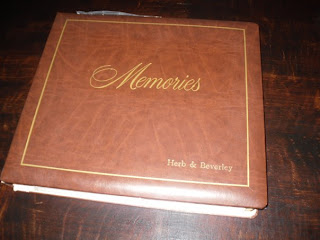 And I was unsuccessful at holding back tears when my grandmother gave us matching sterling silver charm bracelets with our initials, the date of our wedding, and the lesbian pride symbol. The day was overwhelming and we were very honoured.
As we prepared for Mac’s arrival we had a similar experience with his baby showers (yes! We had two!). Mac’s auntie Tata poured her heart and soul into a NY themed shower that brought together friends and family who surrounded us with love and support. 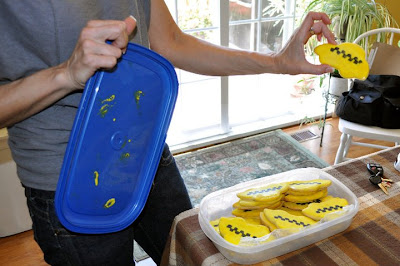 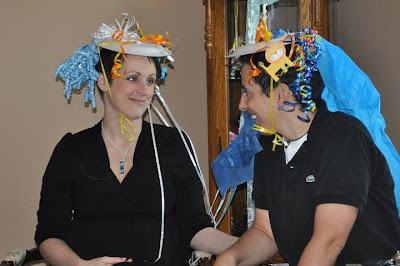 And my mother hosted a second shower that did much of the same, while also rooting Mac’s presence in the town that raised his Mama. We were spoiled with gifts that we appreciated beyond measure but it truly wasn’t about the gifts. It wasn’t about constructing our identities as mothers through the consumption of gadgets and coloured plastic. It was about being supported by family and friends who were welcoming us into the grand world of parenting and confirming that our son would be born into a village of loving adults ready to support his growth. 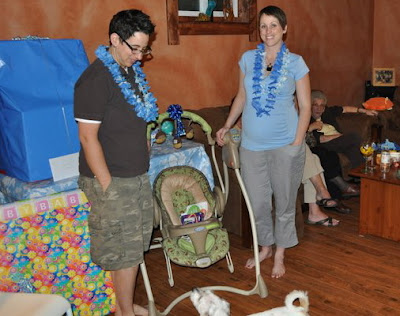 With all of that in mind, we prepared recently to co-host a shower for Mac’s aunties Valerie and Marty. Along with Valerie’s sister, sister-in-law and a few close friends we planned an event that would hopefully let the moms-to-be know what was in our hearts.  Each part of the planning committee utilized her own special talents that worked as complimentary puzzle pieces operating in unison to organize an event that would show the moms that their baby girl would be born into a village that would help to raise her up into the intelligent, confident and miraculous woman she is meant to be.
Some of my early criticisms of showers had to do with wasteful spending and an obsession with details of which I had yet to understand the value. Did it matter that pom-poms were cut out of pink and orange tissue paper and hung to the ceiling? 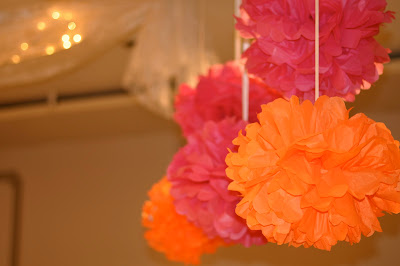 Did it matter that the tables were adorned with coordinating covers and centre-pieces? 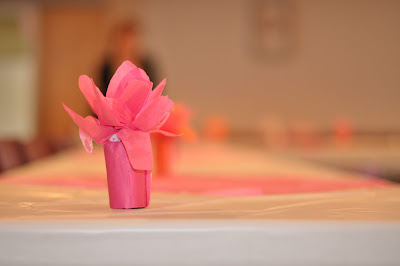 Did it matter that the kids were entertained with bingo, scavenger hunts and prizes? 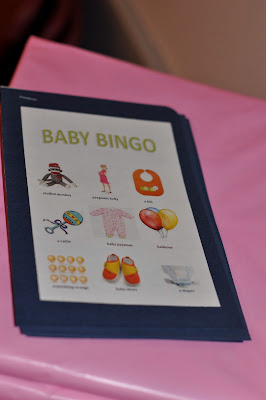 Did it matter that miniature postcards from Paris were ordered off of Ebay and that friends and family were encouraged to offer the new moms words of encouragement from their experiences as parents?

Did it matter that there was a table filled with gifts that ranged from practical to heart-warmingly-sentimental? 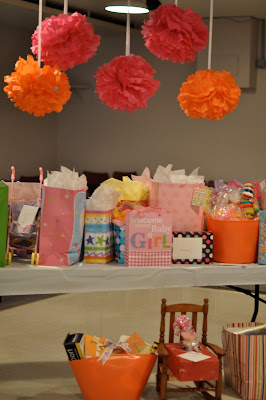 And did it matter that at the centre of the food table sat a beautiful two-tiered cake that the moms got to cut with all of the emotion usually reserved for a couple at their wedding?
Of course we could have pulled off a love-filled shower without any of those details. But each one acted as an important ingredient in a recipe of love and community building. They matter because Valerie and Marty matter. And because baby Gabi matters more to the people in her moms’ lives than she will probably ever know.

Email ThisBlogThis!Share to TwitterShare to FacebookShare to Pinterest
Labels: aunts and uncles not by blood but by love, gay stuff, it takes a village, loving THIS much, pregnancy, sponsored post