You may remember that a few weeks back I posted a review of the book Once, We Were Stolen by Courtney Symons. If you missed it you can check that out here. It's a dark tale of two siblings who are kidnapped and held captive by a man who ultimately becomes difficult to hate. The review and accompanying giveaway generated so much interest that I decided to host MWM's First Twitter Book Club Party. And with over 30 participants RSVPed to the March 20th event already it is shaping up to be a fun evening!

Want to participate? The author is giving away free digital copies to everyone who RSVPs to the twitter party. Send me an email at kristin@mondayswithmac.com to get yours!

As we prepare for the party I thought you might like to get to know the author a little better so I asked her to answer a few questions. Also, check out this post to see how Courtney and her fiance Stephen spend their days. 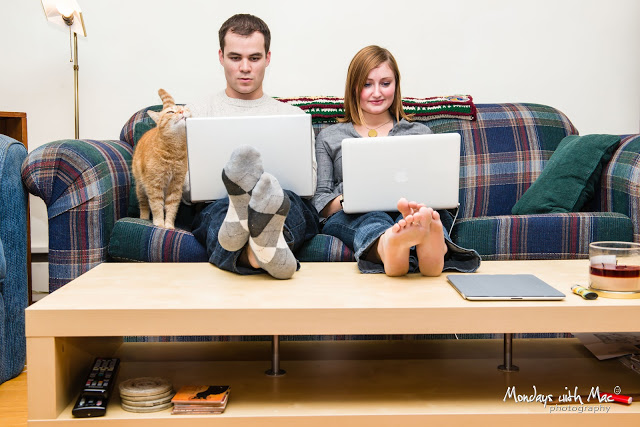 Mondays with Mac: Can you tell us a little bit about yourself?

Courtney Symons: I’m an Ottawa-based writer who came from the Toronto area for Carleton University’s journalism program and never looked back. I’m left-handed, incredibly clumsy and always thinking of ways I can put the things I love into words. I have a fiance named Stephen and a cat named Emo.

MWM: What do you do when you aren't writing?
CS: I work as a technology reporter for the Ottawa Business Journal – but that still involves writing. Otherwise, I can be found curled up with a book, going for a run or having some tea (okay... usually it’s wine) with friends. Right now, I’m busy planning my wedding and convincing myself that I can DIY the whole damn thing, although I’m sure that illusion will come crashing down soon.

MWM: What inspired this story?
CS: I had a dream one night where my younger brother and I were kidnapped by a man that was somehow kind and caring. I remember the frustration of wanting to hate him and wishing he would make it easier to do so. My heart was racing when I woke up, and I was left with a lingering feeling that I’d never felt before. I scribbled down my thoughts as fast as I could, and tried to recreate that emotion through the characters I formed and the story I crafted.

MWM: Did you find it challenging to flip between the three different perspectives of your main characters?
CS: Surprisingly, no. It was refreshing to be able to switch between the three of them and not get too deeply lost in any one of their characters. Ben’s story was the most fun to tell. His perspective is very light-hearted and naive. It made me feel innocent and good to write in his voice. Violet is the closest character to myself, although we differ in so many ways. The tricky part with her was creating someone that readers wouldn’t think of as weak-willed or pathetic, even if she made decisions I’m sure they didn’t agree with. And Jeremy was the real challenge, a test to see if I could come up with someone you hated but maybe loved a little bit, too.

MWM: Do you have another book on the horizon?
CS: Ever since I got lucky with the dream that gave me the idea for Once, We Were Stolen, I keep a pen and paper next to my bed to wait for my next inspiration. Some mornings I think I have something, and then I read it back later and laugh at myself for thinking so. I have tons of scraps of paper with ideas written down – sometimes its just an anecdote or something I see in the street that strikes me. I would love to write another book someday, so I’ll keep collecting ideas and praying to find the time it takes to write one.

MWM: Will you revist these characters again?
CS:  I don’t think so. It’s funny because I’m a fairly optimistic, happy-go-lucky person and I think it surprised some people that I wrote something so dark. In my next book, I’d like to tackle characters that aren’t so twisted. Or perhaps at least a little less twisted.

MWM: What has been your biggest challenge in the self-publishing process?
CS:  The challenge has been finding the time to self-publish while working an unrelated full-time job. It wasn’t the support – I’ve been amazed by the family, friends and perfect strangers that have rallied around me throughout the process. It wasn’t even the not knowing what the hell I was doing. The Internet is an amazing tool and I learned so much from other writers who were going through the self-publishing process. But finding the hours upon hours of time it takes to dream up, write, edit, edit, edit, edit, edit and finish a book was tricky.

MWM: Do you have any advice for aspiring writers?
CS: Don’t be scared of what people will think about what you produce. You’re never going to please everyone, you’re going to make some typos, you’re human. But if you really believe in what you’re doing and put everything you've got into the manuscript, that will be the thing that shines through in the end. Even Margaret Atwood has her critics, so don’t worry about it.

MWM: How can readers support indie published authors?
CS:  Spread the word. Tell a friend. People can’t support someone they’ve never heard of. The main problem facing indie authors is that their work quickly gets lost in an ocean of books. Chances are, someone isn’t just going to stumble upon an indie author and say, “Oh! This looks great, I’ll read that!” It’s not until people start talking about it, sharing links on social media, writing online reviews and generating awareness that people will be able to fish it out of the sea of words that are out there. 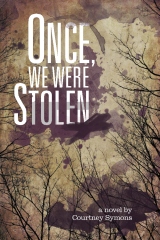 You can connect with Courtney on Facebook and Twitter as well.
Posted by Mondays with Mac at 12:11