Bringing the Barter Back

There are a lot of reasons why having a wife instead of a husband is super awesome. My friend Erin recently flew across the country, with one baby and two small children, by herself (I know! she's such a show off) only to get to the airport and realize that her husband had taken the stroller out of their vehicle and not returned it. She's convinced that this wouldn't have happened with a wife. I couldn't really get past the fact that she was travelling across the country, with a layover, with three children, by herself, to begin with, so I'm not really sure about the whole stroller thing.

Anyway, I was in the middle of writing this post and wasn't really sure what the other good reasons for having a wife instead of a husband were so I asked Facebook. Here are some of the highlights (click over to read the rest):

As it turns out we really don't have much of an advantage on our straight counterparts. Tracy can rock a man cold like nobody's business. And she is incapable of seeing anything that is not directly in front of her face. Also, it's a pretty rare day when my clothes make it to the hamper before the floor. But nobody leaves the toilet seat up. So there's that.

Nonetheless, we're pretty happy in lesbian-run domicile. But there are a few times when it would be totally rad to have a husband. Tracy and I suck at opening jars. I once knocked on my neighbour's door and asked him to open a jar of salsa after all the run under hot water, hit with a knife, pray to the salsa-Gods, tricks didn't work. His super sweet mother-in-law then purchased us one of these: 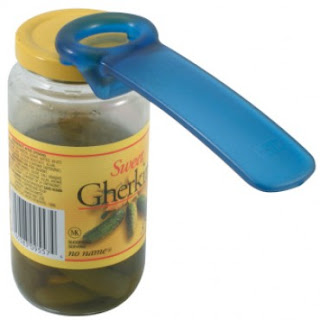 They totally work. And since I'm stealing their image I should probably tell you that Williams Food Equipment has them on sale today (they didn't pay me to say that).

So, with the jar opening problem taken care of, we were mostly getting along fine husband-less until two of our faucets broke at once.

***The truth is that I know plenty of lesbians who could have easily fixed these faucets. I know a few straight girls too. And some of my straight friends told me that their husbands couldn't fix a faucet either. But telling it this way makes for a better story so can we just live blindly in a world of stereotypical indulgence for a moment until we get to the end of this post? Thanks for that. ***

So we were about ready to call a plumber to replace them when an episode of Barter Kings came on and it occurred to me that maybe some handy husband/wife/single person would want to exchange a family photo shoot for some faucet installation.

I put the call out and got quite a few bites right away. Which was super neat. Erica volunteered her works-in-an-office-but-loves-being-handy husband.

That Friday evening they arrived and in no time Mark was taking off his plaid shirt and rooting around under our sink while we stood back and watched.  All damsel-in-distress like. Except for Tracy. She really can't pull that look off. 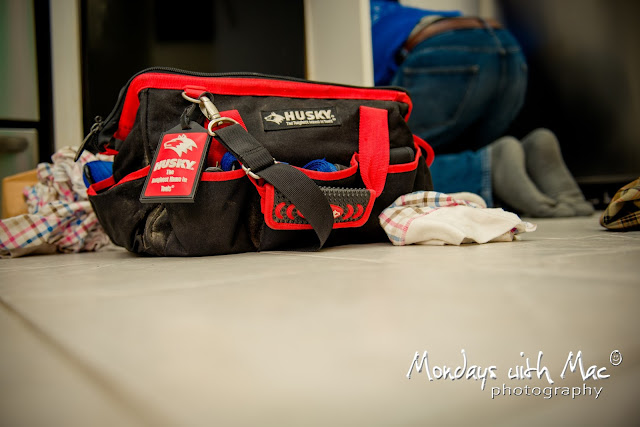 Lots of banging and some power tools... 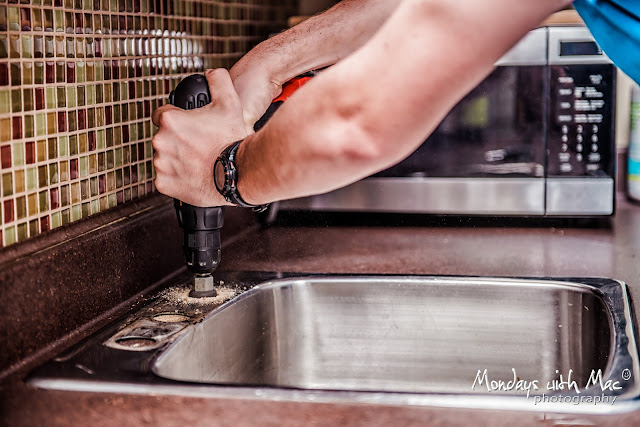 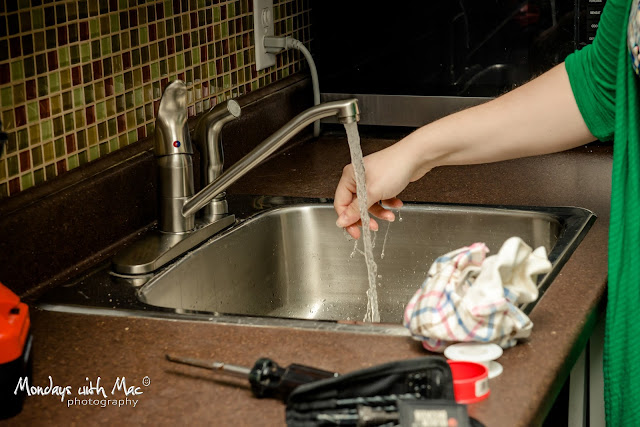 And we all jumped up and down and screamed. OK, we didn't do that. We just thanked the kind strangers who came to our house.

Many thanks to Erica and Mark for coming to our house, fixing our faucets, and letting me paparazzi the whole thing. I can't wait for your photo session! 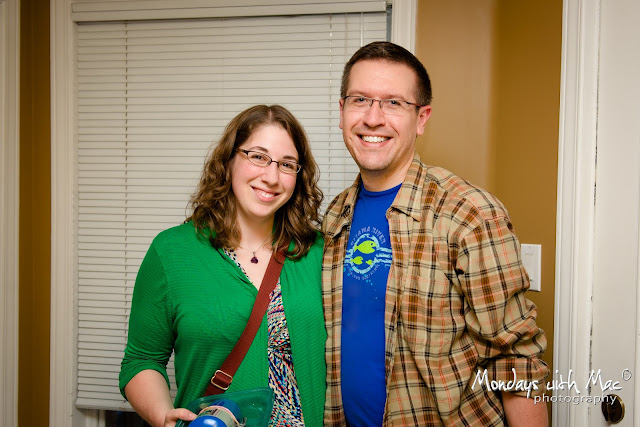 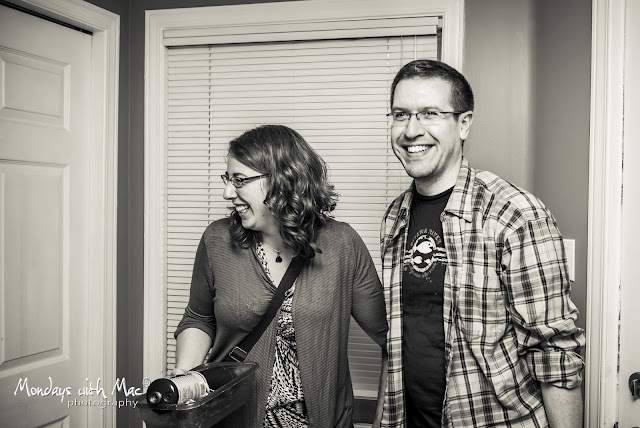 And now.... what else can I barter for? Suggestions?