My Ba can fix anything. Ma told me so. But sometimes he needs help and Ma, Mo, and Bobo are all too lazy. So he said I could be his four-man. Which I guess means I'm as helpful as four men. 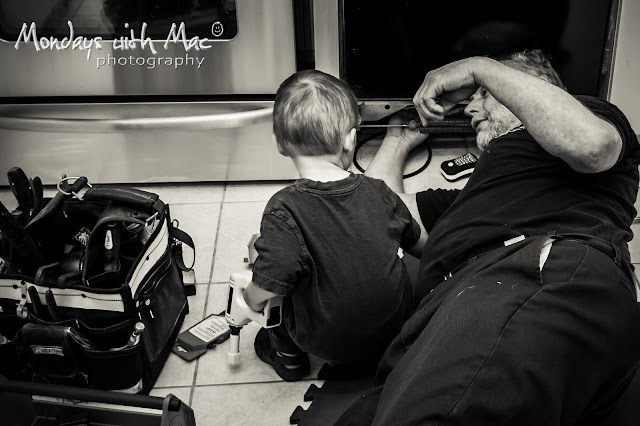 We both dressed in blue. Ba says to work you have to wear blue. Good thing I had some blue in my closet! And he gave me my very own set of tools. A drill and a hammer and a light. Just like his. 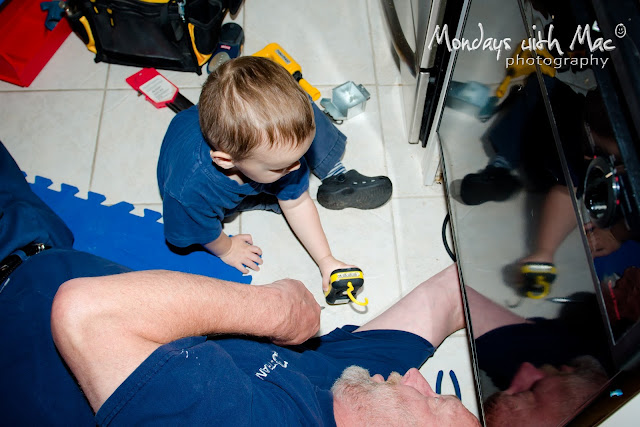 When I go to bed tonight my moms might try to steal them for themselves. So I'm going to send them home with Ba instead so that next time we fix things they won't be lost. 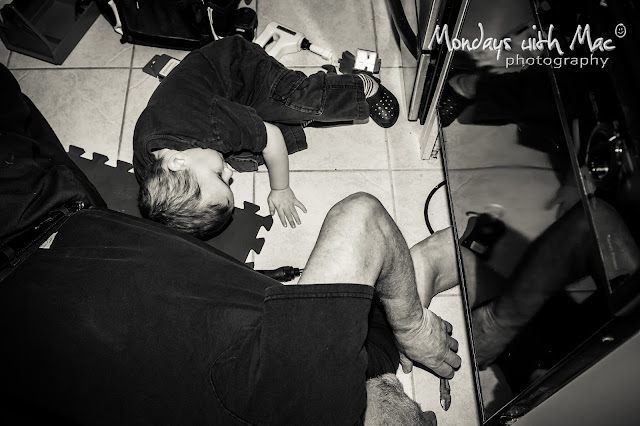 We did lots of drilling and banging. It was so much fun. And then we pulled the big machine that cleans dishes out and pushed a new one in. 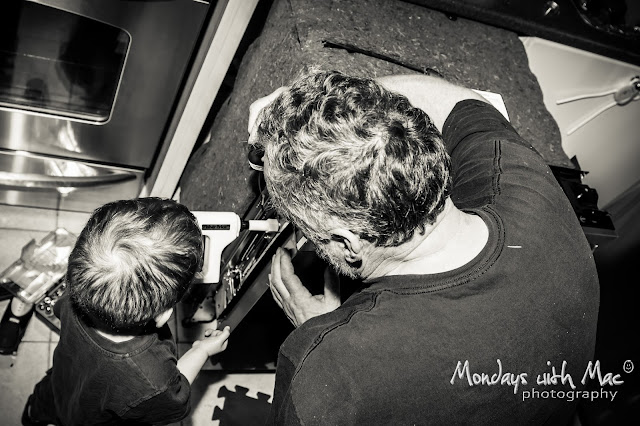 This new one is way cooler. I can use my fingers to paint streaks on it. Which is probably why my moms bought it for me. 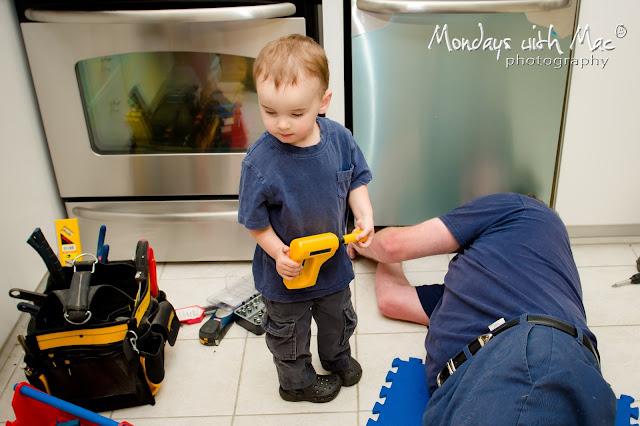 It's a good thing I was here to help my Ba. I don't think four men could have fit in our kitchen anyway! And Ba says I'm the best four-man he's ever had.