A Review for Shoeme.ca. And pretty much the most baring my soul post I've ever written.

Have you noticed it's been several weeks since I've posted a blog? There's a reason for that. I couldn't write another post until I wrote this post. And there's been a pretty huge disconnect between getting this post out of my heart and onto the screen. Because when I signed up to write this post I was feeling all brave and kick-ass. But being brave and kick-ass is sometimes fleeting. And one should learn not to sign-up for things in those moments. Or maybe one should. I guess it depends on your perspective.

Anyway. What the heck am I talking about? I'm talking about these pretty awesome  Merrell Women's Pace Glove 2s shoes from Shoeme.ca. And my body. My post-baby, post-postpartum depression, post anti-depressant, body. And as I even write those words there's a tear in my eye. Because this is just such a raw thing for me to talk about with you - my friends, family, and the internet. But here we go. 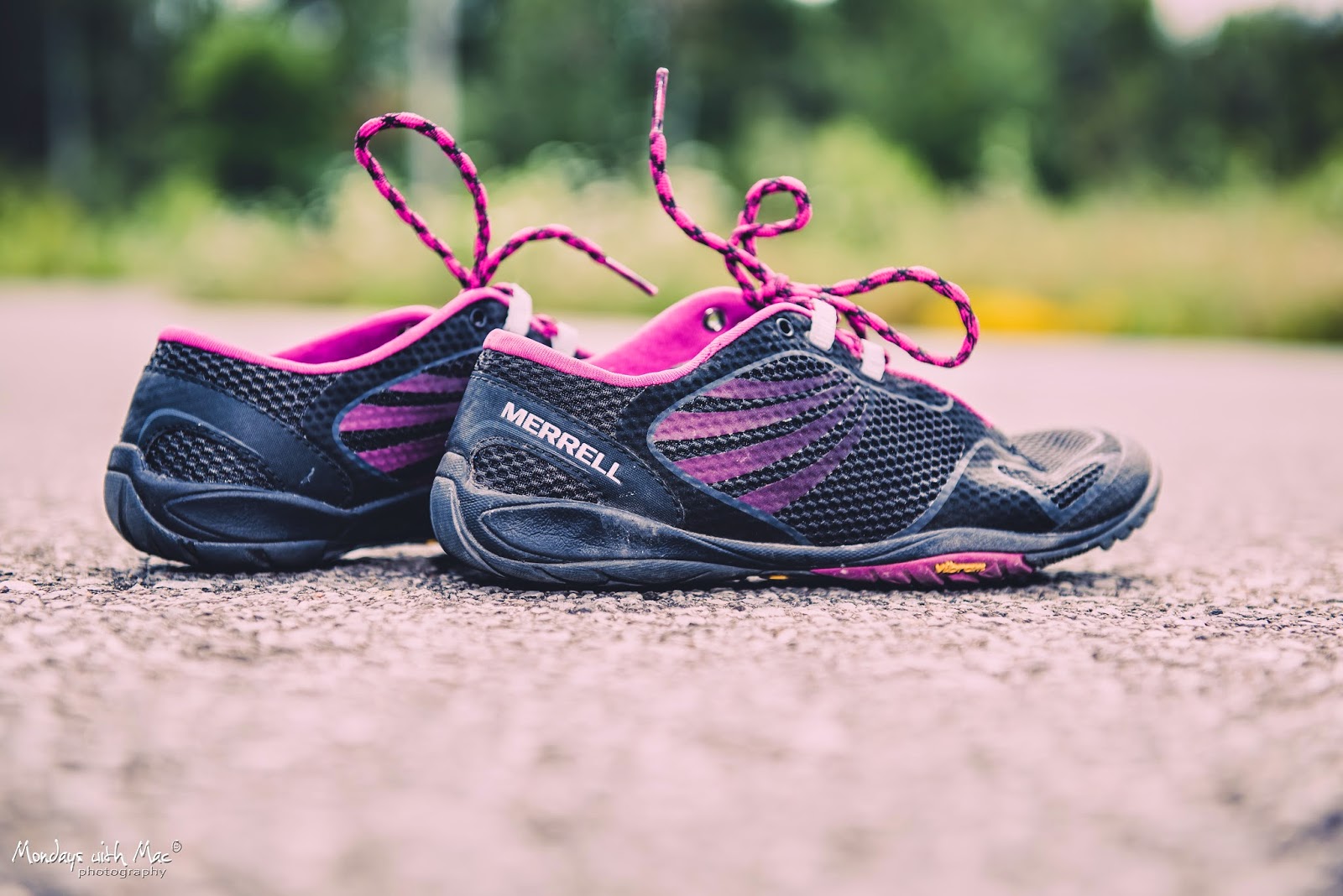 Before I got pregnant with our spectacular Mac I had a pretty "average" body. I put average in quotations because I get that there's really no such thing. But it felt average to me at the time. If you need numbers to be visual I was 5 foot 7 inches and weighed roughly 130 pounds. I went down as low as 120 during a low carb stint. And I went up as high as 140 when in a steady relationship that encouraged lots of dinners out and movie popcorn. But generally I weighed 130 pounds. Feeling feminist and woman-supporting to my core I tried my best to speak kindly about my body. And although I wasn't always successful at that I was more successful at speaking kindly about other women's bodies. I've always appreciated women's bodies in their various shapes. I always wanted to support the women in my life to love their bodies and appreciate them as they are. Always the perfect size in the moment. You could hear me say things like "if you want a bikini body, put a bikini on your body" and "riot don't diet." But, if I'm being honest, those things felt easier to say in a 130 pound frame.

Pregnant with Mac I gained about 40 pounds. The nurse at my doctor's office mentioned once that it was a little too much. And I felt strong enough to put her in her place. "This body is growing a person and I'm feeding it lots of healthy food and if that's how much weight it needs to fulfill this task then please don't try to make me feel bad about that." You might have read that last line as if it was said with a bunch of sass and confidence, maybe even a finger wag at that the end. In reality I probably stammered and whispered my way through it. But I definitely stood up for myself. 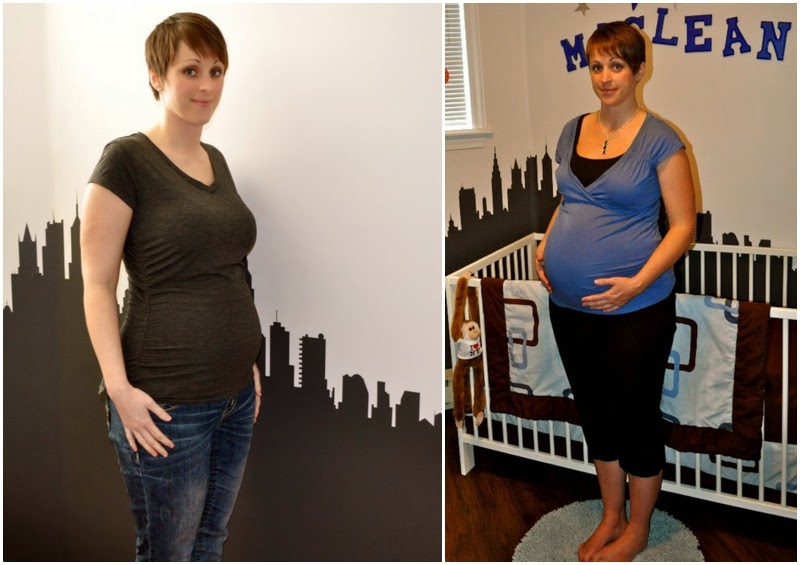 In the months after giving birth about half of that weight came off without any effort on sincere intention on my part. And then my world got rocked.

I woke up one day underwater. Postpartum depression hit me like a tonne of bricks. A tonne of bricks that I didn't see coming. Suddenly everything felt terrifying. Small decisions like what we should have for breakfast felt like they would have life-altering consequences. And they paralyzed me. Sometimes Tracy would come home and find me sitting on the floor in the dark holding Mac on my lap. Because I knew that if I just held him right there in the silence, with nothing sharp or suffocate-y around, then he would be safe. The responsibility of just keeping him alive felt immense. I sometimes imagined what it would be like if I had an injury. Nothing too big - just maybe a broken leg or something. That way someone else would have had to take care of him for a little while and I could sleep. I was sure they would have done a better job. I stopped sleeping and I started eating. A lot. Chocolate chip muffins gave me small moments of pleasure. So I kept eating them.

And then I made the choice to go on anti-depression medication. I'm not sure how to write this part of my story. Because I don't know what would have happened if I didn't. And I certainly don't want to play any part in convincing someone who needs medication not to take it. It's possible this story would have a worse ending if I had decided to forgo the medicine. But it felt like with medication things went from bad to worse. I had an expectation that this medication would make me happy. It did not. If anything it just made me less sad. It was like I was a sour margarita. I expected that adding medication would be like adding sugar. Instead it was like removing the lime juice. Not sour. Not sweet. Just bla.

And because I didn't really understand how anti-depressants work I kept asking my doctor to increase my dosage. Until I was at the maximum dosage allowed. And they came in this giant pill bottle the size of my hand that signified this girl is really depressed. And I was.

As the dosage increased so did the side effects. Mainly an increase of sugar cravings and a slowed metabolism. I gained nearly 70 pounds in a relatively short amount of time. Not of baby weight. Of post baby weight. And in some swirling combination of new bodily realities and mental anguish I misplaced all that feminist, kick ass, body-positivity that seemed to come so easily before.

The more weight I gained the less I liked myself. And perhaps because of the physical weight or perhaps because of my new less-confidant self, the world seemed to like me less too. I don't say that to be pitiful or look for sympathy. But walking through the world as a size 18 as opposed to a size 8 was a very different experience. I was used to going to stores and trying on clothes and having salespeople say "that looks so great on you" instead of "that looks so slimming on you." Living in this new reality was difficult. And I didn't know how to make it easier.

Eventually, the fog lifted. Enough time passed and my hormones got back to some semblance of "normal." I weaned myself off of the medication and tried to pick-up the pieces of my life. That period of time did a number on every part of my life from my marriage to my self worth. And I've been walking around with this (literal and metaphorical) heaviness ever since.

A few months ago I decided to try and lose weight. And I never wanted to talk about it here or on social media because I still want to be that body-positive person I was before all this. I want to be that woman saying "Hell yes I'm rocking this dress." I want to be a better role model for my kid and for anyone reading this blog. And I know that talk about dieting and weight loss can be triggering for women who love their bodies as they are and don't want to read about people changing theirs. I get all that so I've been silent on the issue.

And maybe silence was the right choice. Maybe it was a kinder, more feminist, choice. In this moment, before hitting publish, I'm not entirely sure. If this post is making you uncomfortable maybe hop on over to somewhere like HAES (Healthy At Ever Size) for a while.

For those of you still reading, I started to count calories. And I started to lose weight. I was feeling pretty good when Shoeme.ca sent me a message asking if I'd like to test out a pair of shoes from their website. I assume their intention was to pick out a pretty pair of heels but I had my eyes on some new running shoes. I thought maybe I could start running too. And thought maybe I'd be brave enough to blog about all this.

So I said yes and I ordered these lovely Merrell Women's Pace Glove 2s. And I started a couch-to-5K. I lost 50 pounds.

That was weeks ago but that moment of braveness I had when I agreed to this post has long since left. And I know that when I agreed to write this post I also agreed to post pictures. Of myself. And as I much as I want that to be easy and empowering it mostly feels really scary. And it feels awful to admit that. 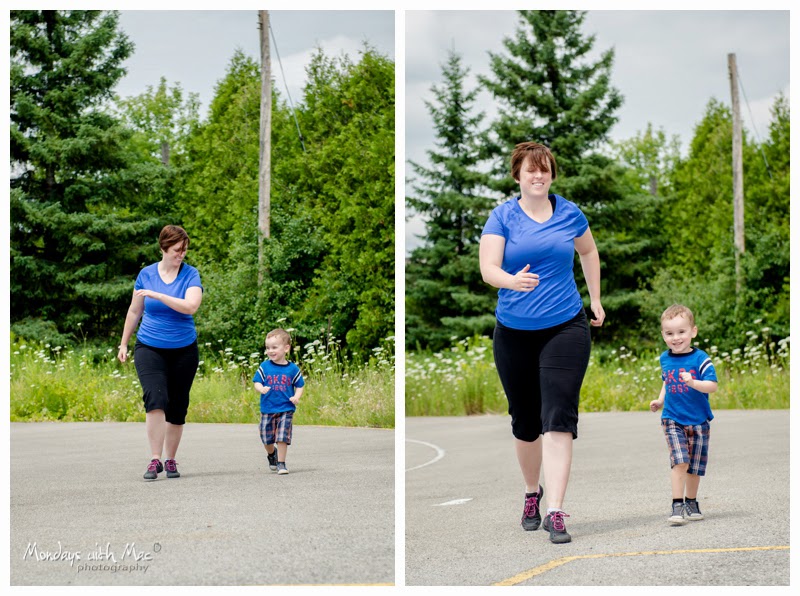 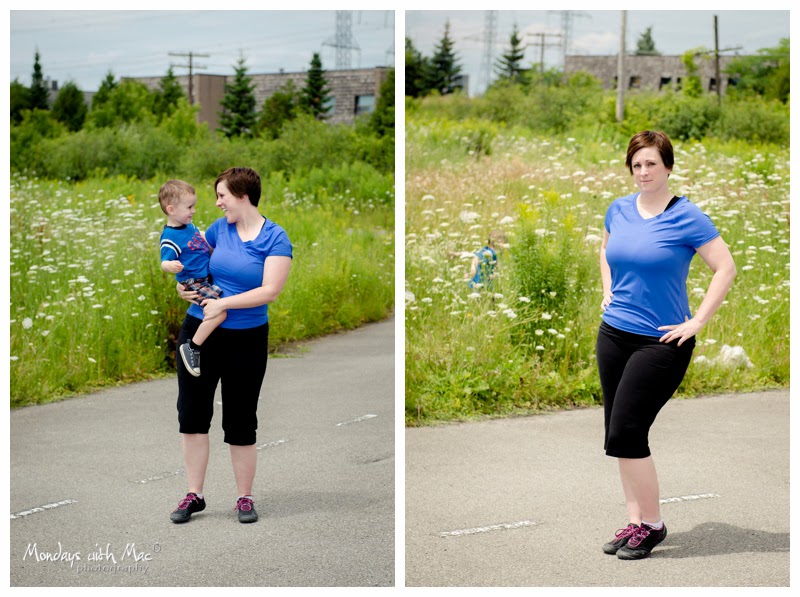 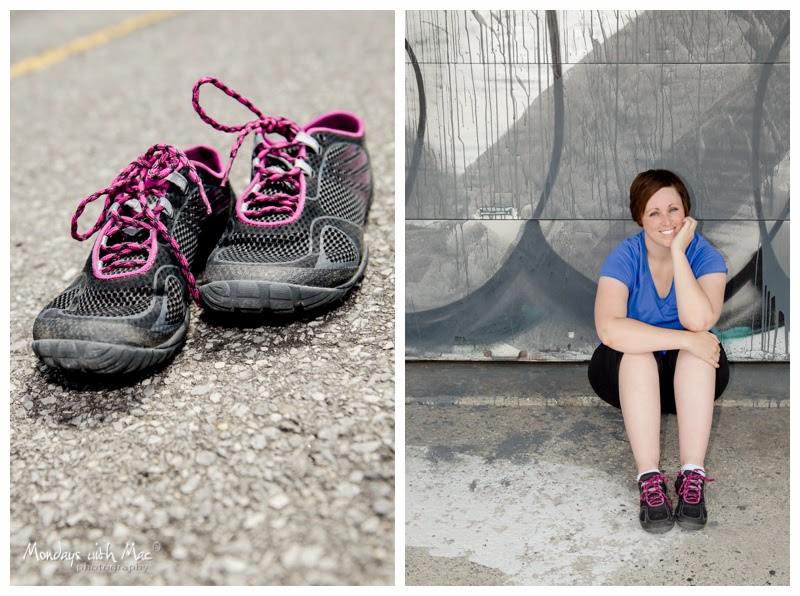 Shoeme.ca asked me to pair these shoes with a styled outfit. So, in case you are wondering, both the capri yoga pants and the blue running shirt came from Smart Set.

Things you should know about Merrell Women's Pace Glove 2s:
- They are really comfortable
- They are REALLY light weight (I was actually going to capitalize really in the last point but then I changed my mind because I thought it would detract from the seriousness of this point. They shoes weigh practically nothing. It's weird. But awesome).
- They are really breathable and that keeps your feet nice and cool
- They are VEGAN

Want to check out Shoeme.ca for yourself? Use the code JustForYou25 to receive $25 off orders of $100 or more.