This weekend Mac met some of his dad’s family. Who are also Mac’s family.  And I guess are now our family too. How strange it is to have a second set of in-laws. In-laws who aren’t actually related by law at all. Out-law in-laws.
They arrived on Friday, traveling from Ohio and New York, boarding planes and crossing borders just to meet our little turkey who captivated his audience with amazing feats of grabbing, drooling and cooing. We welcomed them to Canada with some Canadian cuisine. They eyed the cheese curds with a mixture of curiosity and skepticism but were quickly won over by their squeaky charm. However, the ketchup chips were met with a less enthusiastic response. We ate tourtiere, maple baked beans and Nanaimo bars. Some Moosehead beer and Canada Dry Gingerale was consumed. Nobody braved the Dan Akroyd Wine. Mostly we sat and admired the perfectly plump baby. And we talked and got to know our new family a little better. 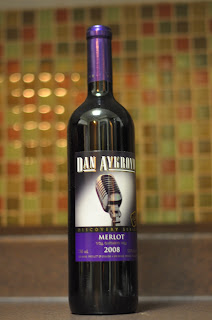 People often ask us why we chose to use a known donor instead of a sperm bank. Why we purposefully decided to invite a whole other family into our lives. Why we complicated the legality of our family. This weekend reminded of me why. When we started all this baby-making-planning we knew (or at least I knew and hoped Tracy would be convinced) that having our child know his/her father could be great if we could find the right guy. I was less sure that we could find that right guy. The story of how we found him is a tale of its own. One that I will tell another day. But the point is that we did find him. And although we put a lot of thought into what kind of man we wanted in our life we gave shockingly little thought to the fact that we would also be interacting with his family.  But we lucked out and our great guy also came with a great family. 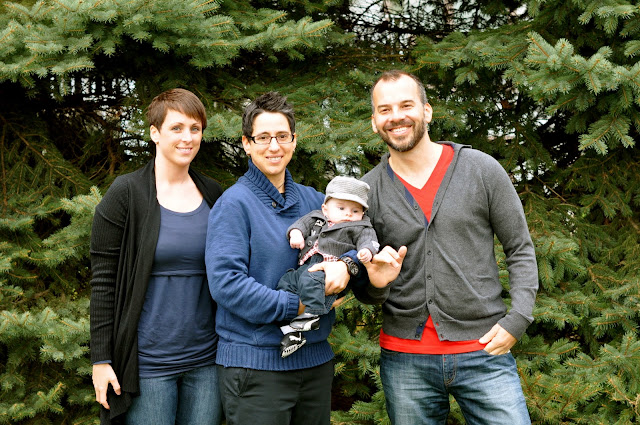 This weekend I watched as my son was passed around between his six adoring grandparents, as they patiently (and sometimes not so patiently) waited their turn to be the next to hold him and my heart swelled. And at the end of the evening my new out-law mother-in-law rested her hand on my arm and quietly whispered “you have a great son.” I returned her smile and with all of the love and understanding that passes from one mother to another responded with “so do you.” 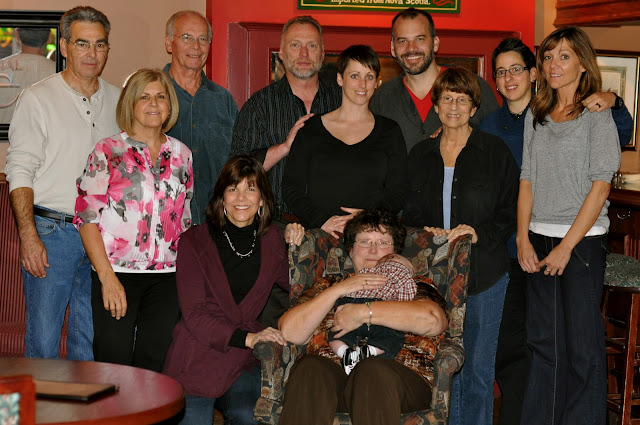 Please vote for me by clicking on the image below.