A Grandparent’s Love Knows No Distance

“A house needs a grandma in it.”
Louisa May Alcott

Mac had a visit from his Grandmother this week. He has three so I guess I should clarify. My mom came for a visit.  She read him stories and rocked him. She cooked and cuddled. Even though this visit coincided with his month four vaccination he still had a great time soaking up every moment of his Gramma’s love. And so did I. I will never get tired of watching the people I love loving my kid. Never. 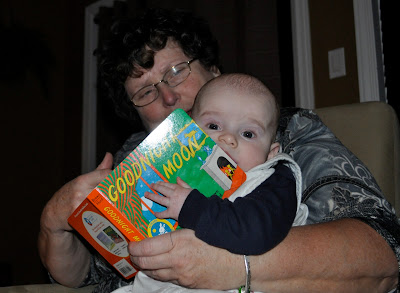 In the four months that he has been alive, and in the nine months before he was born, I called my mother Gramma. I wrote it in cards. I told her that her grandson couldn’t wait to see her. I listened as she told me how happy she was to be a grandmother. I have been keenly aware that she is, in fact, a grandmother. But for some reason it has taken a while for that understanding to move beyond the intellect and into the visceral. This week it sunk in.

Memories of my own childhood and my four grandparents came flooding back. They loved me in a way that was so pure and so complete that I knew, without question, that there was nothing I could ever do to make them love me any less (the very words said by my Gramma when I came out in fact).

I remembered my Ammie (a name that stuck after my cousin couldn’t say Nanny) and the way that her Oscar de la Renta perfume tickled the back of my throat while the soft smell of vanilla on her hands could warm me up from the inside out. I thought of my Poppa and how I would cuddle up next to him on the couch. He sat in the same spot on the couch - it was his spot. And that tiny sliver of cushion next to him - that was my spot.  A book lover from the very start I would ask all of them to read to me incessantly. But my Poppa was smarter than his young granddaughter. He told me that he had to quit school to work as a boy so he never learned to read. When I saw him reading the paper years later I was so proud of him for “learning to read.”
All of my grandparents lived close by and I spent a lot of time with them. I can remember my mom over-hearing me on the phone one day saying “can I sleep over at your house tonight?” Thinking that I was talking to one of my little friends she quickly informed me that we don’t invite ourselves over to other people’s homes. I told her I was only talking to Poppa and that he was already on his way over to pick me up.

That last memory came with heaviness in my heart when I realized that Mac wouldn’t have the same experience. He has six grandparents but none of them live in our city. He can totally rock Skype and FaceTime, and can even see his grandparents looking larger than life on the TV screen, but that’s not quite the same as in person. 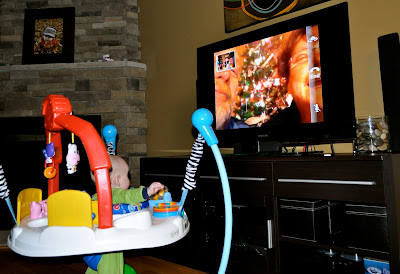 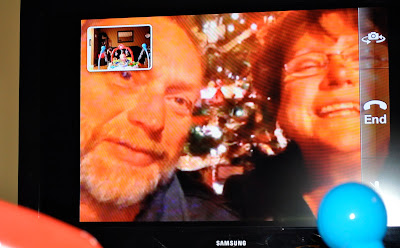 And then I looked over at my mom whose silly faces were yielding huge smile rewards from my sweet little boy and realized that one day I just might over-hear Mac on the phone asking if he can go for a sleepover. Passing on the manners that my Mama taught me I will remind him that we don’t invite ourselves over to other people’s homes. He will just look at me and say “I was only talking to Gramma and she’s already on her way over to pick me up. She’ll be here in six hours.”

*For some reason this one post has become a target of major amounts of spam. Instead of deleting 100 comments per day I have closed comments on this post. Thanks for reading!

Email ThisBlogThis!Share to TwitterShare to FacebookShare to Pinterest
Labels: grandparents

New comments are not allowed.