Always Grateful for the Sound

It was cold in Ottawa yesterday. The weather channel was warning of a severe snow storm that didn't actually materialize but it was still very windy with a combination of snow and rain for much of the day. Mac and I stayed indoors and had a great day. He got to do many of his favorite things including lying around naked, smiling at the cat, smiling at himself in the mirror, playing with applesauce and bath time. 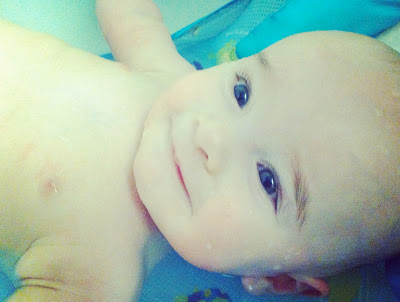 He was as happy as can be. And then today I woke up to a blood curdling scream. As I tried to soothe him he grabbed for my fingers and shoved them into his mouth. Not able to talk he was showing me. Inside his mouth I felt a razor sharp little tooth poking through his gums and knew we were in for a rough day today. 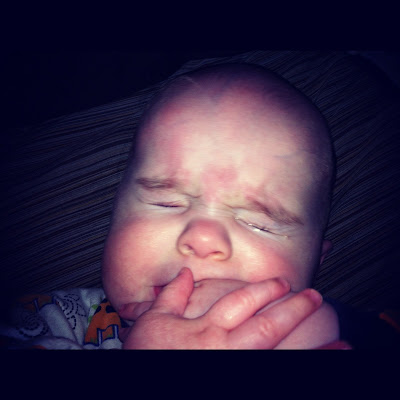 The poor little guy was in agony and couldn't quite figure out what in the world was happening inside his mouth. And my heart broke a little as his eyes pleaded with me to fix it Mama. So I scooped him up in my arms and spent much of the day rocking him and stroking his head. I gave him some Tylenol, a cloth dipped in breast milk and then frozen to suck on, and no less than one thousand kisses. And when it was finally time to get dinner on the table I strapped him into the Ergo and let him rest against my chest as I prepared it.

But every once in awhile the pain was too much for his Mama to soothe and he cried out. Muffled sobs and loud shrieks - baby was hurting. And as I rocked him I thought back to the day he was born. It was the greatest and scariest day of my life. In the middle of pushing him out into the world the doctor stood up abruptly and consulted the monitor. Before I knew it she was grabbing a vacuum and telling me that his heart rate was dropping and that they needed to get him out NOW. She disappeared between my legs with the contraption and after a few more pushes Mac arrived. His skin was a pale blue/gray except for the purple welt on his cone shaped head. And he was silent and still. Instead of having him put on my chest as I had planned, he was whisked away to a table across the room and a team of specialists quickly entered. They marched in single file as I lay there feeling more vulnerable and helpless than I ever imagined possible. I pleaded with Tracy to please, please go check on him, go see if he is OK, GO! But she was too petrified to move. Scared for my health and the trouble the doctors seemed to be having delivering my placenta, and terrified for Maclean, she stood transfixed with her steel cold hand wrapped around mine as stiff as cement. I loved her and hated her for that. When he was born he had an APGAR score of one. Medical staff use an APGAR test to determine the health of a newborn. Babies are given a score of zero, one or two in five areas (skin colour, heart rate, grimace response, muscle tone and breathing) for a possibility of 10 points. To put his score of one in perspective - zero is dead.

Each second that passed felt like an eternity. I couldn't tell you if it took 30 seconds or 10 minutes but eventually he cried. HE CRIED! His little lungs worked overtime as he screamed out scared, alone, confused and cold. He cried and cried as the NICU team continued to shuffle around him sucking stuff out of orifices and monitoring stats. He cried for his moms and we cried too - tears of joy because the sound of his cry was the best noise our ears had ever heard. It was music and love and the sound of angels singing. 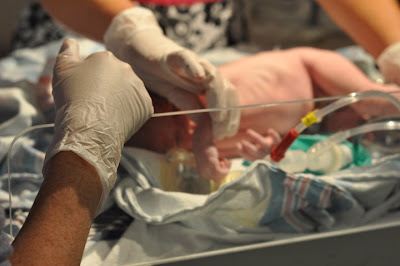 It wasn't long after that (or maybe it was, time was so hard to understand) before his skin turned pink and he was wrapped up and handed to my wife. Safe in her warm arms the tears stopped. Well his did anyway, I was crying enough for all of us. 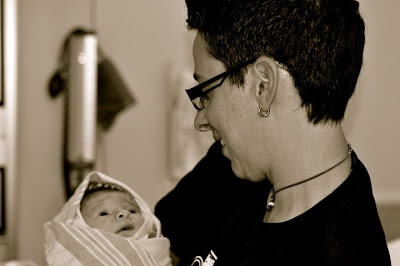 In the days and weeks that followed I felt bad for him when he cried. I did my best to soothe him but I secretly enjoyed the sounds as I remembered the deafening silence when the cries weren't coming. 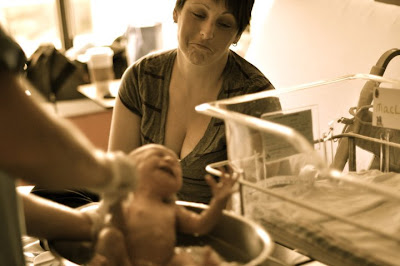 So on days like today when tears and sobs and shrieks are plentiful I hold my child close to comfort him but I revel in his cries - always grateful for the sound.