When someone you love passes there is a finite number of their possessions that remain behind. Clothing, letters, grocery lists, hand lotion - these everyday items begin to hold a strange kind of power by virtue of the fact that they were once held by someone who can no longer hold you.

After Tracy's mother passed we inherited her car. But more valuable than the vehicle itself was the collection of toothpicks and wet naps in the glove compartment. In the years that followed she occasionally reached for those items and felt her mother's presence. But, of course, the glove box was not of the magically replenishing variety and eventually those toothpicks and wet naps were gone.

Tracy is lucky in that she doesn't have to look far to see a hello from her mother. Smiley faces cross our path pretty regularly and we always say a hello to the woman whose presence we miss dearly.

But the things that were actually hers, the stuff that she touched, those are few and far between these days. As Easter approached we discussed what we would do - would we travel to visit family? Make Easter dinner here? Have an egg hunt for our toddler who wouldn't yet really grasp the concept? And then my parents offered to pick Mac and up and take him to Sudbury for the weekend. After weeks of illnesses and a backlog of photos that need to be edited we were grateful for the toddler-free weekend. But, as she does at holiday time, my wife was still missing her mom and the turkey she used to make.

Tracy's dad lives in between our home in Ottawa and my parents in Sudbury so we drove there for a visit before passing Mac off to his eager grandparents. He is at the touch-everything-don't-stop-moving stage and in an effort to keep him occupied for longer than thirty seconds Tracy's dad suggested that we go through the bins of toys her late mother had stored in the basement. An avid garage-saler and flee market seller she had bins and bins of treasures just waiting for her newest grandson to get his sticky fingers on. 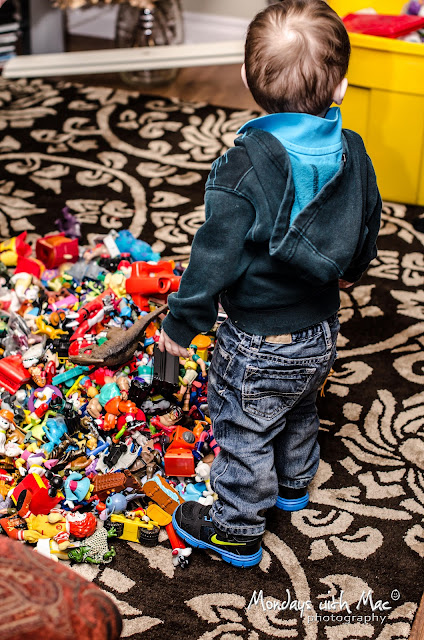 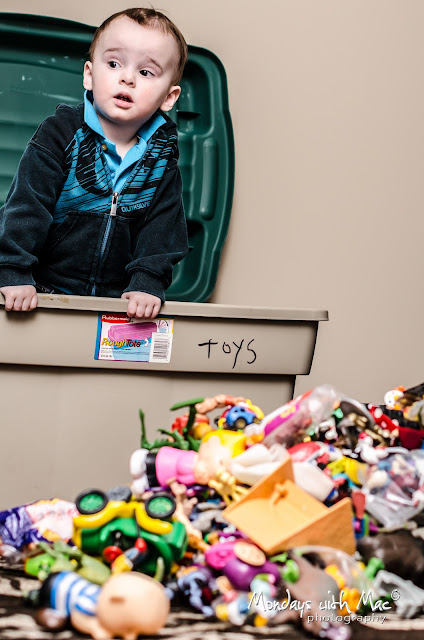 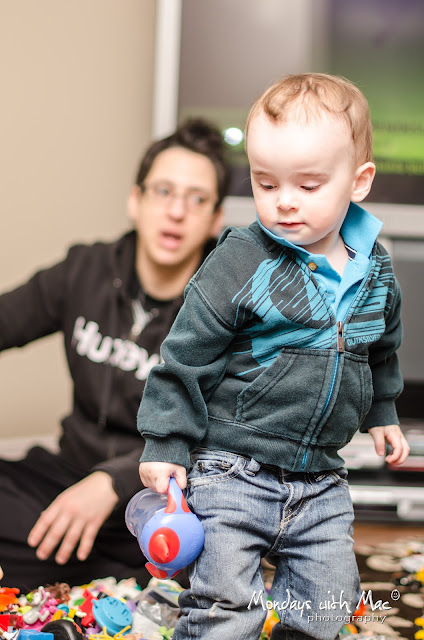 And in a sea of Batman, Superman, Teenage Mutant Ninja Turtles, and Sesame Street characters we reminisced about the Nanny he will never meet but will always know.