Hi, I wanted to take a moment to Special Guest Star on Kristin's blog, because I've been so busy getting married and going on honeymoons lately, this whole Supreme Court: Judgement Day thing kind of snuck up on me. And it's kind of a huge deal.

Raff and I are married now. Twice. We wanted to be ready for any outcome, so we said our "SIMs" last November in his hometown of Londrina, Brazil. And then we said our "I DOs" again last week at the City Clerk's Office in Manhattan. We have marriage certificates in both Portuguese and English, just so there won't ever be any confusion.


And there isn't. We're finding same-sex marriage to be not confusing at all. It's simple. Here's where we're married now: 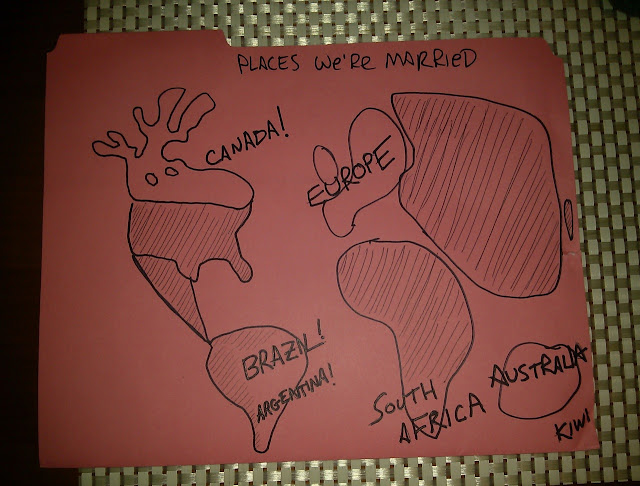 And here's where we're married-ish: 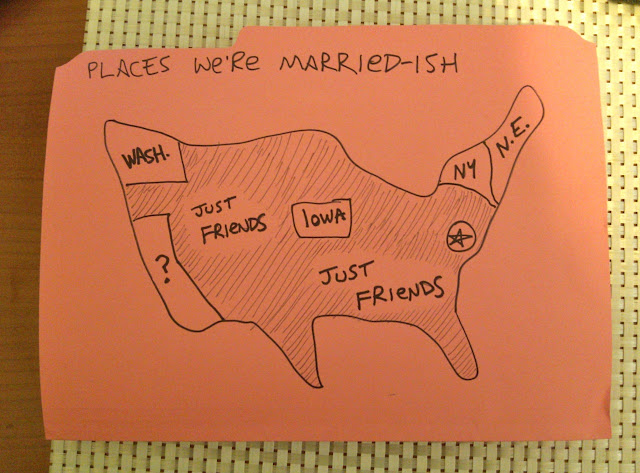 Living in a Married-ish state like New York has its perks. Raff may not get to apply for a green card (like I could if we lived in Brazil), but we do get to do fun things like step out of the country for the weekend to renew his tourist visa for six more months. 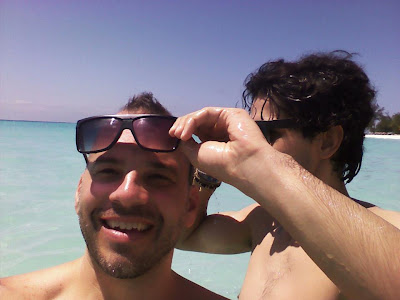 And starting April 1st, we'll have the same health insurance.

If the court doesn't come through, we'll soon have to start planning a move to a country on the Married map, where we both can work and stay indefinitely. We'll still have to fill out separate customs forms and put a zero next to "Number of Family Members Traveling with You," when we come back to visit our family in the Just Friends Zone. How awkward is that?

It's funny, I never imagined I'd be married. Now I can't imagine settling for anything less.
Posted by Mondays with Mac at 07:53