As you may have guessed, in this scenario, I am the ninety-nine percent and Tracy is the one. At our wedding shower our friends played one of those games with us where they ask each partner questions about themselves in private and then they ask their partner those questions in front of everyone to see who knows the other one better. You know what I'm talking about right? So Tracy got very few of the questions about me right. She knew my eye colour. But she messed up my shoe size. Which is hilarious because WE HAVE THE SAME SIZE FEET AND SHARE SHOES. Maybe tests aren't her thing. Anyway, when it came to my answering questions about her it went something like this:

Friend: Kristin, what is the farthest distance Tracy has travelled?
Me: Calgary
Friend: Incorrect. The answer is Florida.
Me: But Calgary is farther than Florida isn't it?
Tracy: I forgot that I lived in Calgary.

So, ya, I think it's safe to say that I know my wife better than she does.

Now, let me get to my actual point. When I got an email a few weeks back from Jergens offering me free tickets to see Stars on Ice I was totally excited. Getting really cool free stuff just for telling stories about how sweet the top of my son's head smells, or what it's like to get pregnant from an artichoke jar of sperm, will likely never get old. Getting offers for really stupid free stuff (like anything that "my husband will absolutely love!" or perfume for babies) does get old. But that's the topic of another post.

I forwarded the message to Tracy to see if she wanted to go. She did not. But a quick scan of our friends told me that everyone else was otherwise engaged so I told her she had to go asked her again nicely if she'd like to come and she happily agreed. When the tickets and lovely large souvenir book arrived in the mail there were four 7th row tickets in the envelope so Mac and Auntie Tata came along as well.

Tracy was certain that Mac, at 21 months old, would be unable to sit still and we'd be ducking out in the middle of the performance embarrassed by our loud, ants-in-his-pants, child. I told her that I thought the music and lights would entertain him. Y'all can use your math skills to predict who won this disagreement.

He loved it. He sat in our laps for the first half of the show and was completely mesmerized by the lights, music, and beautiful movements.  During the second half he stood in front of his seat and danced along with skaters. It was so freaking cute. No longer a baby, just like Pinnochio, our little Mac is turning into a real boy. 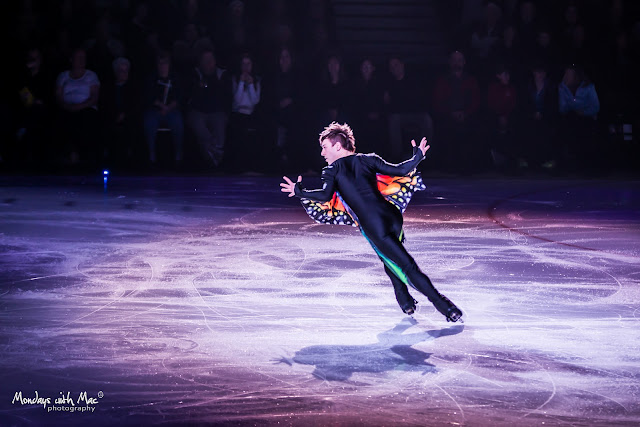 But the show certainly wasn't just for toddlers amused by bright lights. It was fantastic for adults too.
Kurt Browning was the veteran skater who brought-it with his trademark energy, talent, and class. 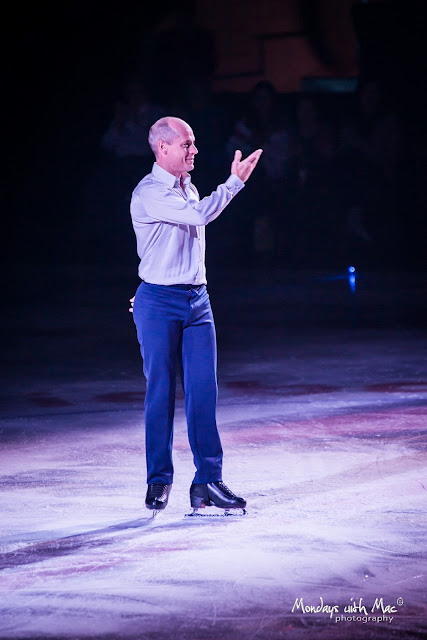 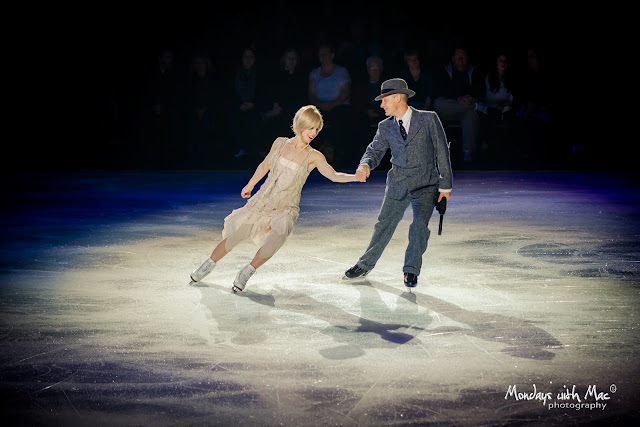 And there were some damn sexy parts too. 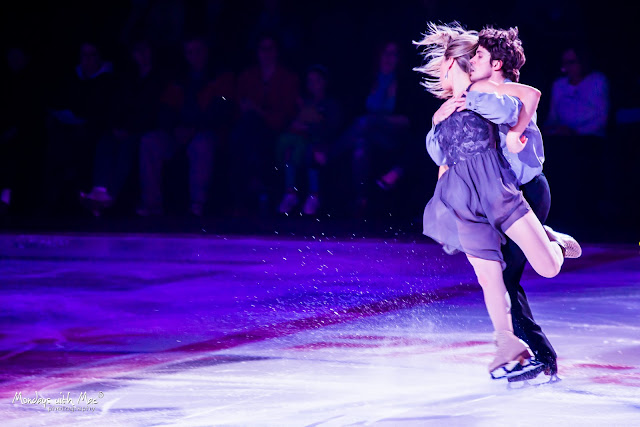 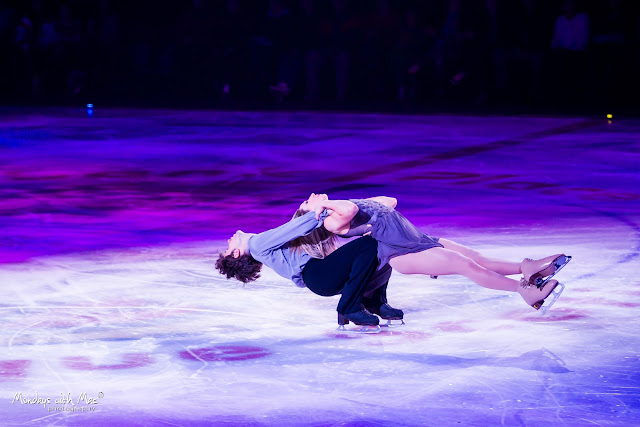 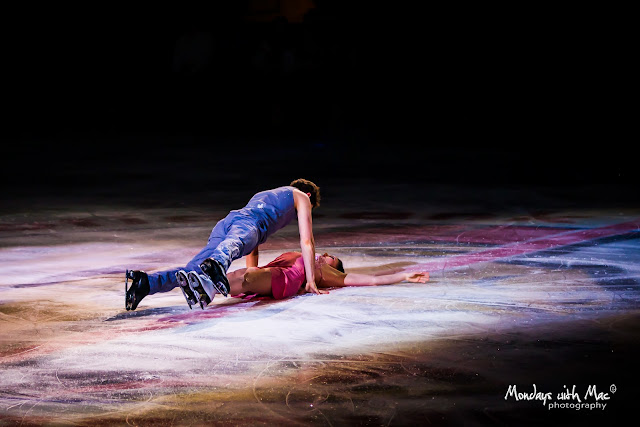 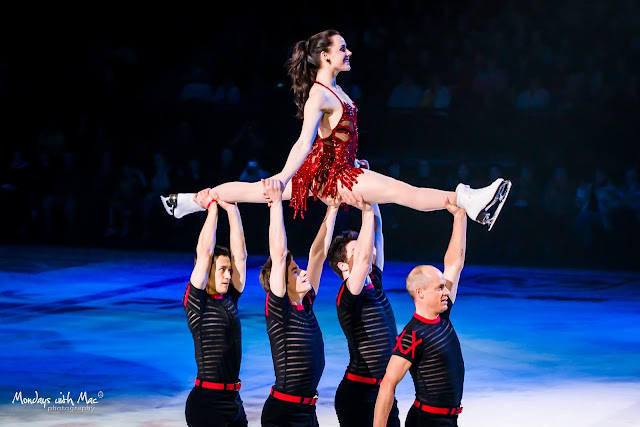 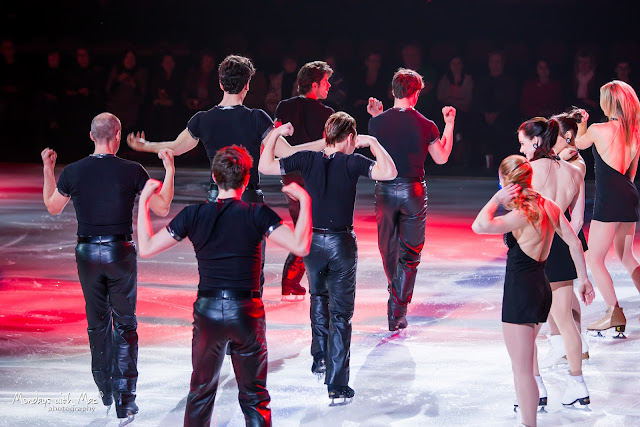 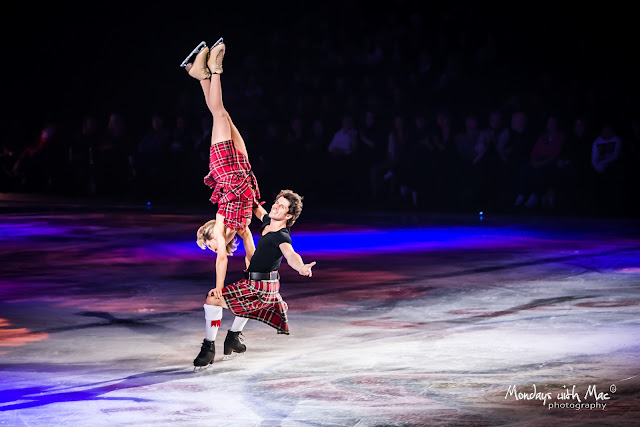 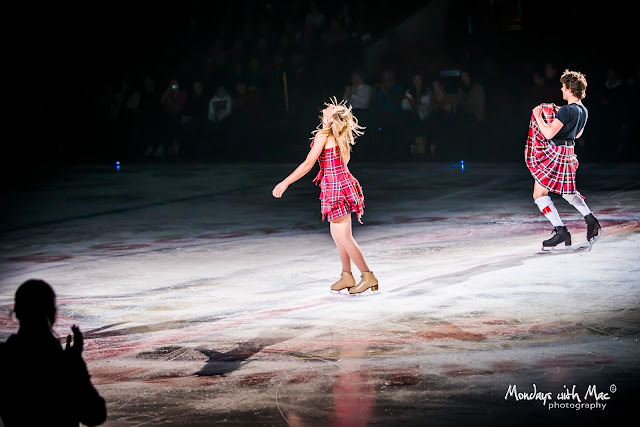 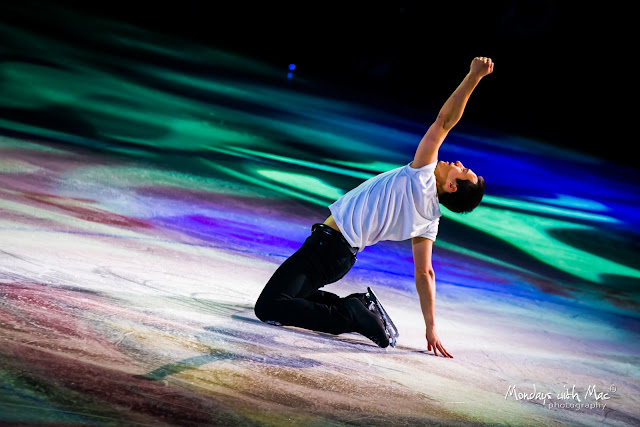 But perhaps the coolest part for me was that there was a girl from my hometown, Meagan Duhamel, in the show. This might not seem all that exciting to you if you are from a large hometown. But I grew up in this tiny little place called Lively (a town that is much less energetic than it's name implies).

Meagan and her partner Eric Radford won bronze in the 2013 World Championships and made folks from both of their small hometowns very proud. At the show we all sat with jaws wide open as Eric lifted her in ways I can't even life my toddler. 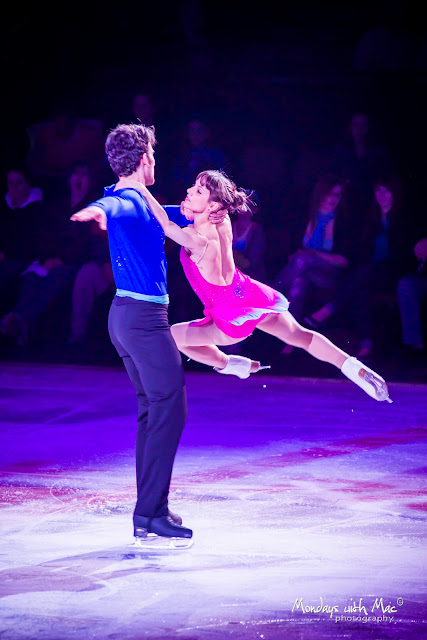 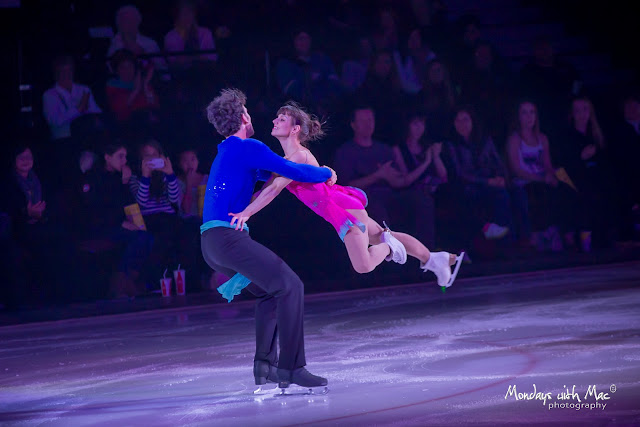 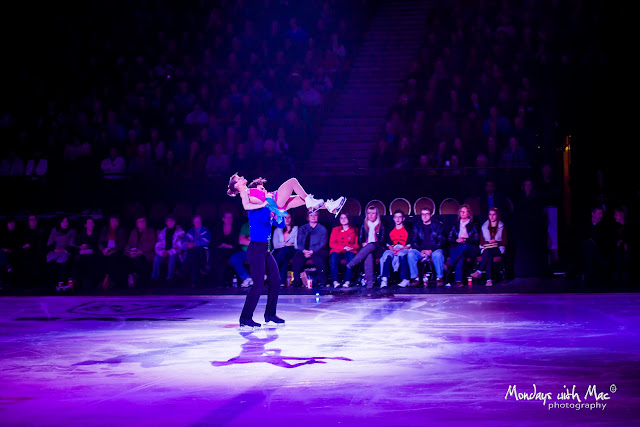 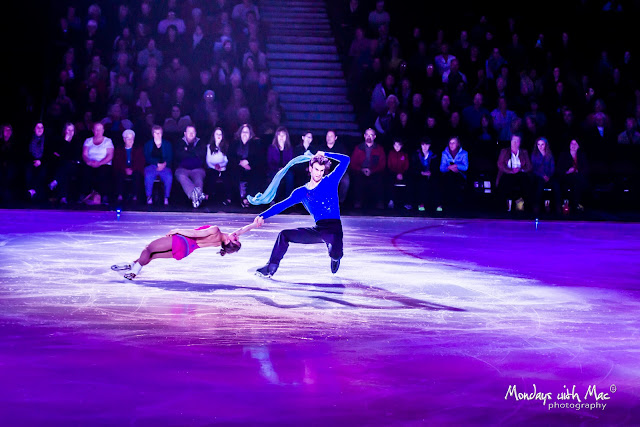 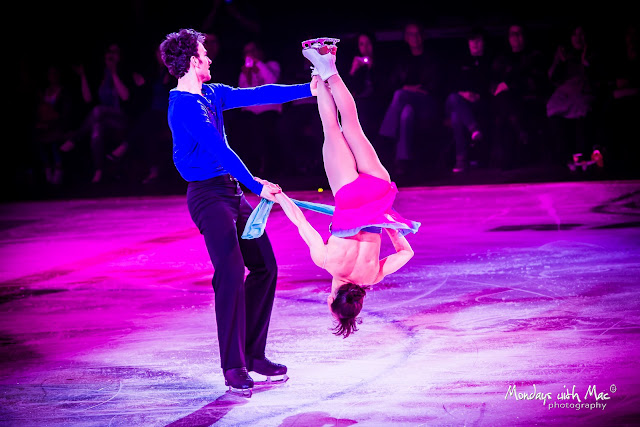 Although, in my defense, my toddler doesn't have back muscles like that to hold himself up with.

As the show came to an end we were all on our feet clapping. And then Tracy turned to me and said "wow, that was awesome. I'm so glad you made me go." Y'all saw that coming didn't you?

So our many thanks to Jergens for sending us to the show. We loved it. 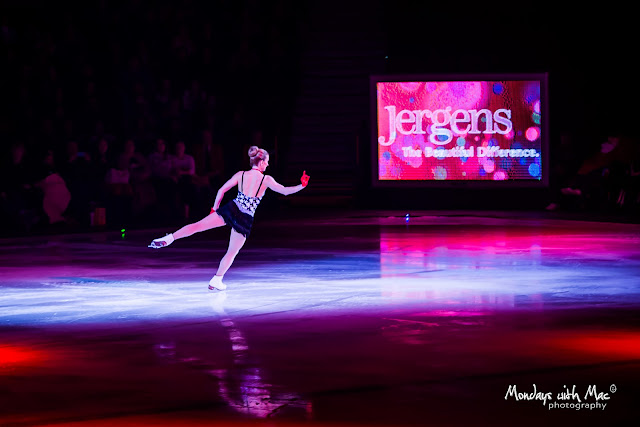 Tickets to Stars on Ice were provided by Jergens. However, all opinions are my own.