As a toddler my brother had a floppy mop of adorable blonde curls that grew down towards his shoulders while my mother couldn't bear to cut them. One day my dad decided to get his hair cut without her knowledge. I don't think he meant to upset her. He just thought his son needed a haircut so he got him one. I don't think my mother has forgiven him nearly 30 years later.

Mac, on the other hand, has very little hair. But it grows in weird ways. Longer in some parts than others. So I make an appointment at MelonHead because they have cars, and trains, and airplanes for the little ones to sit in and I think he will love that. And he does.

We show up early to the appointment. And of course Tammy, Mac's Auntie Tata, comes along as well. The first haircut for a boy with the equivalent of three mothers is apparently a very big deal.

"Mac do you want to sit in the ChooChoo?"

"Mac do you want to sit in the airplane?"

"Ooohh Mac do you want to drive the car?"

Each of us focuses on a different vehicular choice and the poor kid is overwhelmed by all the mother-hen-ish estrogen. He gives us a look that is the equivalent of a toddler eye-roll and points to the plane. His stylist doesn't seem to bat an eye at the three women nervously bustling around the boy who is the centre of our universes. 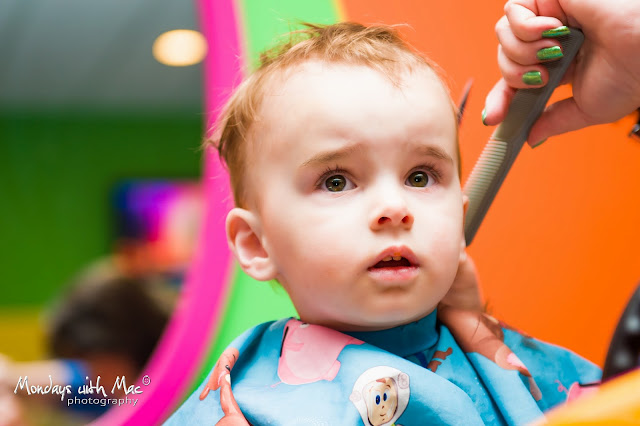 I take the backpack off my shoulders and pull out my large pro-level camera and lens. I attach a flash. My wife has already warned me not to set up external flashes for this event. Tammy is waving at Mac from behind her iPhone and snapping pictures of her own. 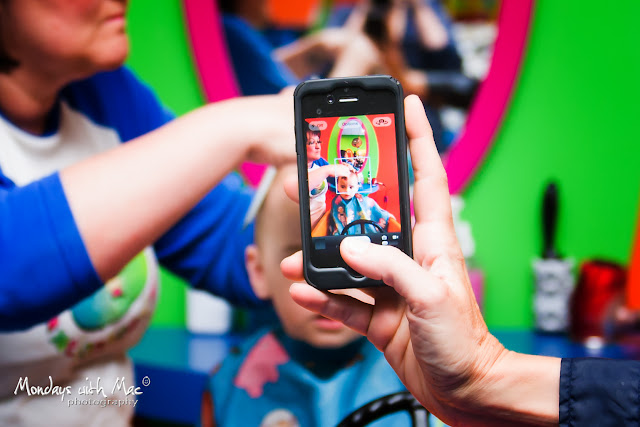 Tracy is busy explaining her vision of Mac's hair to the stylist. To her credit, the stylist entertains my wife's long list of directives while casually joking that he has such a small amount of hair that she could probably blow on it to dry it. 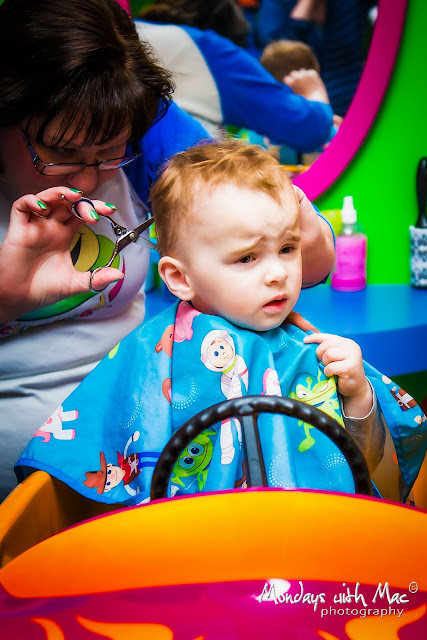 The whole thing takes about 118 seconds and then it's over. But we need a little more photo documentation. 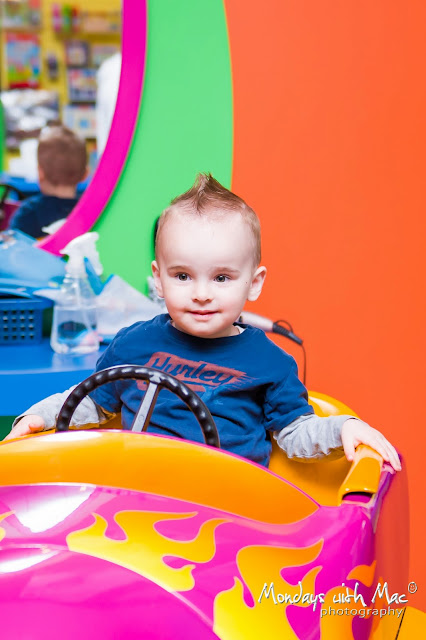 The stylist pulls out her point and shoot camera. In its entirety it is smaller than my flash. Part of the MelonHead experience is a photo, certificate, and a cut lock of his hair. I feel a bit silly with my camera by comparison. Like I brought a gun to a knife fight. Or some other comparison that is less violent and more appropriate for a post my about kid's first haircut.

She takes her picture and prints it off. She attaches the picture to a certificate with a tiny bag containing his cut hair. I pass the whole package onto Auntie Tata. She's much more pack-rat-ish than we are. She stuffs it into her oversized purse trying not to bend it. 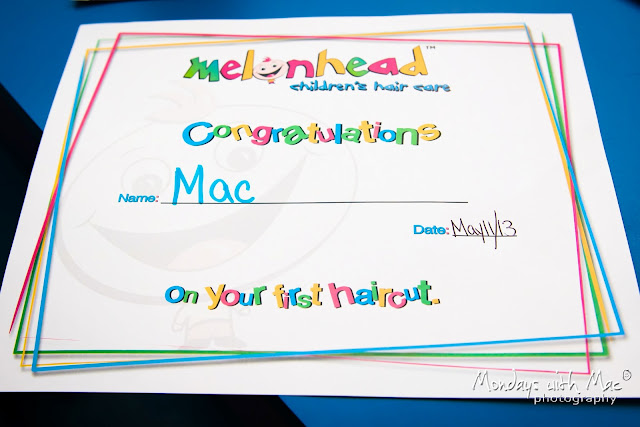 It has been ten minutes and everything is over and done with. Mac struts a little. Proud of his new do. His moms and his Auntie Tata follow behind. Six hands smooth his shirt, tug at his hair, and snap more camera phone pictures.

And suddenly I smile a little to myself and feel a wave of sympathy for whatever girl or boy shows up at our house for his first prom. Good luck future prom date! Try not to be blinded by the flash.

Still looking for the perfect Father's Day gift? How about some cool gear from adidas.com?

Full disclosure: If you click on the above link and make a purchase a small amount of money will come to me. This is a great way for you to support this site.
Posted by Mondays with Mac at 12:51