A little over five years ago Tracy and I were shopping when we stopped to look at some cute little dog clothes. At the time we only had a cat but that didn’t stop me from suggesting that we get the tiny camouflage t-shirt. Tracy rolled her eyes. “Maybe if you let me get a dog,” she replied. I was unaware that I was the one impeding a dog adoption.

“We can get a dog if you want,” I responded and then saw her entire face light up like it was Christmas morning.

“Really?” She asked, her face full of hope.

“Really,” I replied, almost in a whisper, a bit confused by the sudden burst of emotion. It wasn’t long before The Fergus was making himself at home in our hearts. Tracy was dealing with the impending death of her mother and Fergus seemed to be the only thing that could make her smile. Suddenly she was waking up an hour earlier than necessary to spend extra precious minutes with the tiny ball of fur. 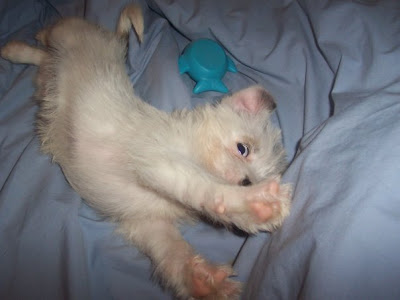 We spent the equivalent of a mortgage payment on a crate, toys and a tiny wardrobe fit for a king (or a princess – his gendered identity was fluid after all). 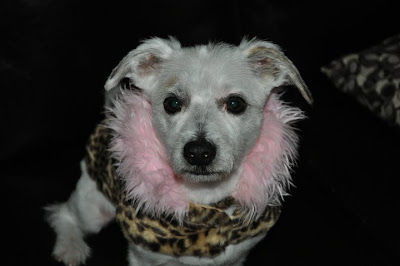 For the next five years he lived at the center of our universe. At night we tried to convince him to snuggle between our faces. He usually obliged for a few minutes before shaking off our cuddles and burrowing down under the covers and out of our reach. 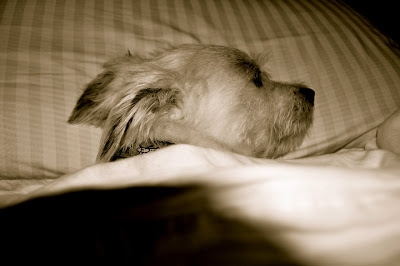 We joked that he was just counting down the days until his moms would have a human baby. We were smothering him. My love for Fergus was so intense that while pregnant I actually wondered if I would love my child as much as I loved my dog. We swore we’d never be the kind of parents who ignored the dog when the human baby came along. Not us! 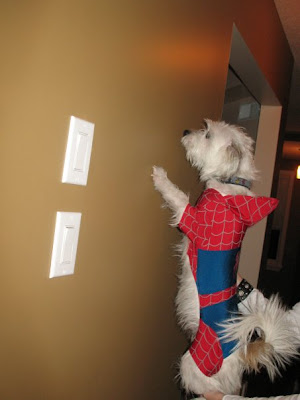 And then Maclean was born. At first Fergus seemed pleased with the new addition to our family. Mac’s insistence on sleeping while walking for the first few months of his life meant that Fergus got a lot (A LOT!) of walks. 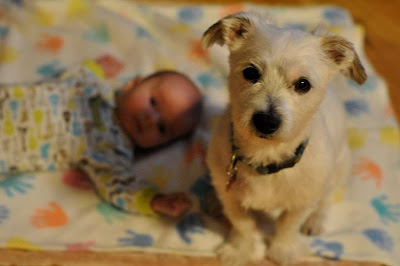 But days passed and Mac’s needs increased. Or rather, they continued to be intense and I got tired. It turns out that babies need a lot of touching. And at the end of the day I often feel touched out. The poor Fergus is paying the price. I didn’t quite realize how much until this morning. It was 10:30 AM, four hours after we woke-up, before I realized that neither of us had taken the dog outside. The poor defeated pup had gone back to bed.

My heart broke a little when I entered the room and saw his little tail wag hesitantly. I left Mac with Tracy and took him on an extra long walk. I was trying to assuage my guilt. But as we walked he repeatedly turned around to make sure I was still there. His eyes caught mine and his tail wagged. He was still the happy little puppy that made our lives so much more enjoyable five years ago.

I know our lives are busier these day mister. But I promise that your moms love you as much as ever. And I promise that tonight I will smother you with snuggles until you retreat under the covers to get away from me. 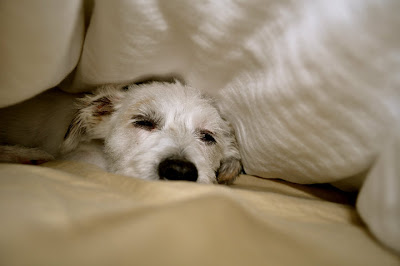 Please vote for me on Top Mommy Blogs by clicking on the image below!