“So, is he a good baby?” My son is six months old and I have been asked this question approximately 1783 times (you know, give or take). Although it is seemingly a rhetorical question the asker will still stare at you until you offer a response. The only acceptable answer is yes followed by a smile that conveys love and fulfillment. Saying no isn’t really an option. Unless you want to look like a miserable mother who hates her child. Could you imagine the look on that little-old-lady-at-the-mall’s face if you answered “No. He cries incessantly, sleeps sporadically, and when he’s not biting me he’s puking on me”?

This Christmas Mac shared the new-baby spotlight with his little cousin Reid. While we had to stand and bounce to keep Mac happy, because apparently altitude matters, sweet little Reid was content to chill out in his swing just inches off the floor. 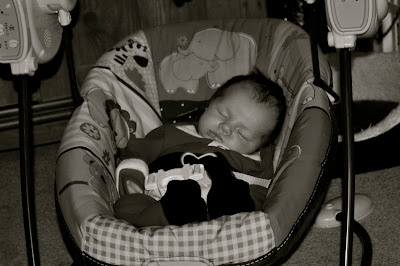 While Mac was voicing his displeasure at the temperature/the level of the voices in the room/the colour of paint on the wall by crying at the top of his lungs, little Reid let his parents know he was unhappy by quietly emitting an adorable billy goat sound. 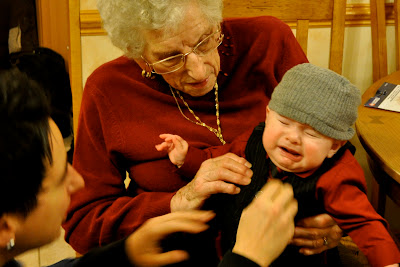 Reid napped in his swing during Christmas dinner, only needing his mother to attend to him for a few brief moments. By comparison the only way I could convince Mac to take a nap was by carrying him in the Ergo so I spent Christmas dinner photographing my family instead of eating with them.


All week people commented on what a “good baby” Reid was. After hearing it for the millionth (OK, more likely the tenth) time I finally corrected the person speaking. He is an easy baby. Mac is not a bad baby. He is just more difficult.

The truth is that babies are neither good nor bad. Or rather, each one is good simply by virtue of being a baby. So perhaps I shouldn’t have corrected my mother/father/aunt/uncle/cousin/brother when they referred to Reid as good. Because of course he is. He is sweet and charming and irresistible. And so is Mac. He is good at screaming really loudly. He is good at kicking really hard. He is good at making the top of his head smell better than warm baked cookies. He is good at playing with toys and snuggling and laughing when raspberries are blown on his belly. And he is really good at capturing our hearts. 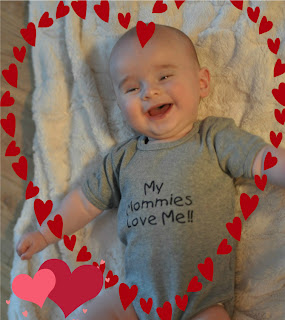