An update on me and an announcement.

The first time postpartum anxiety hit it was winter. I had spent most of the fall outside walking with my new baby in a carrier because that was the only thing that seemed to consistently stop him from crying. But, as fall turned to winter, we spent more and more time inside. He also hit that magic age when the "fourth trimester" ends and he was much more content.

Walking with him snuggled next to my heart in the carrier I was calm. I felt every heartbeat and I breathed in that new baby smell from the top of his head like it was oxygen. But inside the house things felt scarier. He seemed so much more breakable. There were a few days when Tracy came home from work to find me sitting on floor in the dark just clutching him. He only seemed able to sleep while rocking on my chest. And that was actually quite convenient because I couldn't seem to breath when he was more than an arm's distance away from me.

I wasn't prone to depression or major bouts of anxiety so I recognized that things weren't right quickly and found myself at a clinic before anyone else suggested it. My mom knew that something was off. Moms always know don't they? She said later that she could tell something was wrong because I hadn't posted any pictures of Mac in two whole weeks. Very unlike my general momarazzi self.

This time it was similar. I could feel myself sinking but it took me a little while longer to admit it to myself or anyone else. But those tell-tale signs were there. I stopped writing and I stopped taking pictures. Which is entirely counter-productive as I am often happiest when writing and taking pictures (I know, how convenient that I have this blog right?). The dosage has been increased and I'm slowly coming back to myself. Things are still a little hazy and I'm feeling entirely exhausted. But I'm getting better. And in an effort to self-medicate with things other than medication I am making a commitment to write  and take pictures every day. It's cheap therapy. And there just so happens to be a toddler in my life who provides ample inspiration for both. 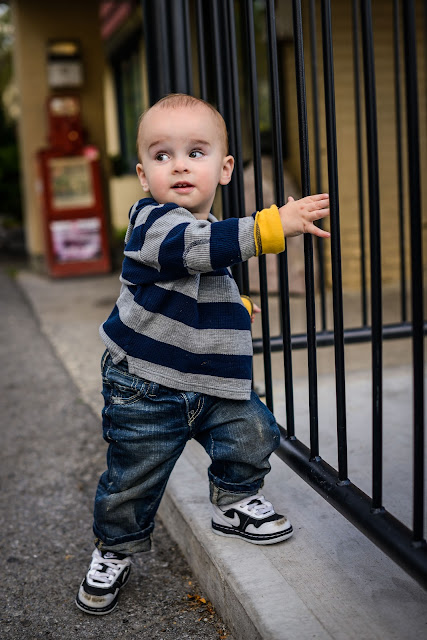