A spiked fever, a long drive home, and an Auntie Tata that makes parenting so much easier

The road that stretches between Ottawa and Mont Tremblant, Quebec is full of twists and turns and hills and narrow shoulders. It requires a steady hand on the wheel and a cautious foot on the gas. It is a beautiful drive with breath taking views of hills and rivers and quaint little towns that encourage you to stop for a taste of wine and cheese fresh from the farm.

It is a lovely drive and I highly recommend it. That is, unless your baby is sick on the other end and you are trying to get to him in a hurry.

It is 8:30 AM on Sunday morning and we are already on the road. The drive that, on Friday, had been so sweet and relaxing, Oh hello little town market, sure I'd love to try your cheese curds, oh, and a small glass of red to wash it down with? don't mind if I do, is now the longest drive in the history of the world. The GPS mocks me with an ETA of 10:30 and I know it's probably right. These are not highways to speed along.

The day before my wife and I were nestled in amongst tree covered mountains shooting the beautiful wedding of a boy, now a man, whom I knew as a child but haven't seen in nearly two decades. 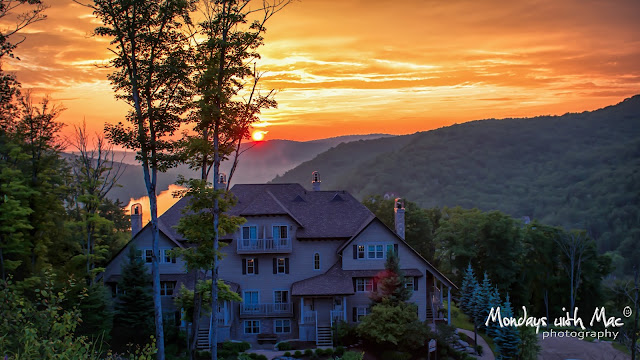 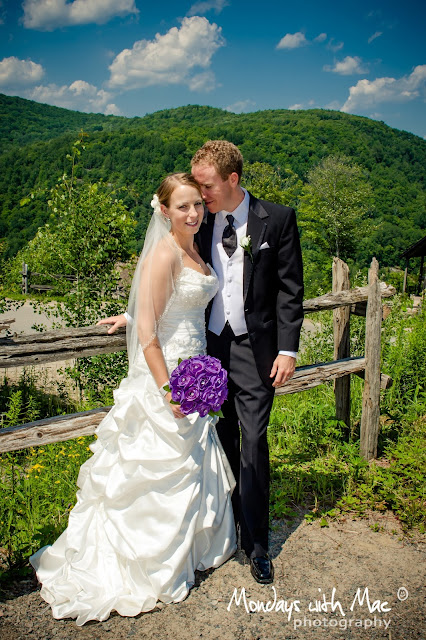 The groom, clearly a man unafraid to commit to both his wife and life-long friends, has organized a group of groom's men that serves as a reunion of sorts for me. My memories of the groom involve him and his best friend, inseparable, and perpetually mischievous. And now they are men. With careers and wives and children. But still best friends. There is something about the longevity of the friendship that makes my heart swell. 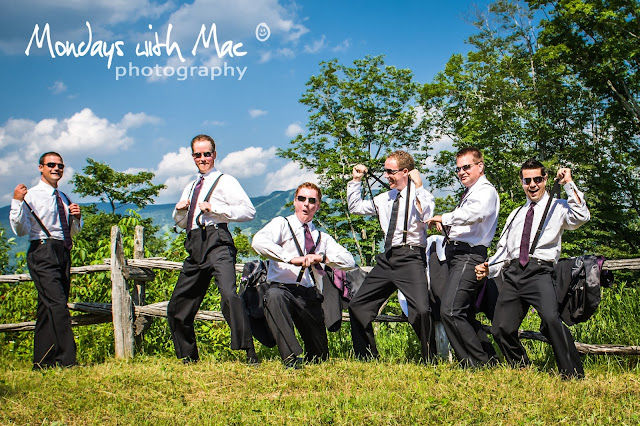 But while my wife and I were admiring beautiful scenery, love-filled vows, and life long friendships, poor Auntie Tata was back in Ottawa watching the numbers on the digital thermometer tucked under Mac's armpit rise and rise.

I glance over at my wife and notice that she has both hands on the wheel. Her grip is tight but her knuckles aren't white. She's concerned but not panicked. I know I need to be the calm one. So I take a few deep breaths and try to imagine what Tammy and Mac are doing in that moment. The truth is that I am not overly concerned. I know that Tammy loves Mac as much as we do. And I know that she's likely to bring him to the hospital before I am.  I know he is in good hands.

I know that he is in the hands of a woman whom he sees as a third mom. I know that he can be comforted by his Auntie Tata as well as he can by his moms. And I know that we are exceptionally blessed to have her caring for our babe in our absence.

And while I know these things, I also know that our sweet Auntie Tata is probably freaking the (insert expletive) out.

The roads twist and eventually we come to something more akin to an actual highway and the top left corner of my cell phone changes from "no service" to a picture that indicates two bars. I text her to ask how he is doing and she admits that mostly he's annoyed. She woke him up every hour through the night to check on his temperature so by this point he is trying to sleep-in and occasionally mumbling "No Tata, No." I can hear his exasperated voice in my head and I laugh a little.


You know that NyQuil commercial where the man has a cold and rolls over in bed asking his wife to call his mother? Well, with two moms and an Auntie Tata, that is certainly the kind of man we'll be raising. Good luck future daughter/son in-law!

I assure Tracy that our baby is just fine. She smiles in my direction but I know she needs to see for herself. All four of our "mama arms" are starting to ache and we are counting the minutes until they are filled.

Finally, FINALLY, we arrive home. We quickly bring the cameras and photo cards into our house and make sure that they are stowed away safely (oh the pressure of wedding photography!) and then we are off to retrieve Mac.

We walk into Tammy's house afraid of what we might see. A sick babe limp in his Auntie Tata's arms perhaps?

Instead, we see Mac running around the living room in full monkey mode. The coffee table shows remnants of a painted bird house project and the floor is littered with toys. Auntie Tata is sitting at the table looking relieved to see us. And her sister, who was woken up through the night to give reassurance, is huddled on the couch in her PJ's offering us knowing smiles. She has two babies of her own. Now young men. She remembers.

Mac breaks momentarily to say hello and offer us hugs. But he acts as if we were just gone for an hour or two instead of two nights. He is excited to show us the painted bird house and ball he has been throwing for Auntie Tata's "big dog," but then he is back to playing and relatively undisturbed by our absence and subsequent reappearance.

My hand rests on his forehead. I am certain that a Mama's hands are as accurate as any thermometer. The Advil that Tammy has been giving him has kicked in and his fever has broken.

Tracy and I are relieved. We may have an extra grey hair or two but we are fine. Mac is oblivious to all that has gone on in the last two days. If anything he's a little sleepy and annoyed by his Auntie Tata's obsessive temperature taking. Auntie Tata, on the other hand, may take a little longer to calm down. When Mac turns twelve and needs an ER visit for stitches because he drove his bike down a steep hill, or scaled a fence and got his pants stuck on the way down, she will be sitting with him in the hospital, holding a cool cloth on his leg, and telling him all about the time he stayed at her house and spiked a fever through the night. He will just roll his eyes at his neurotic aunt unaware of the trauma of a sick child without the words to express his discomfort.

Auntie Tata has the day off work today. I hope she was able to sleep in.